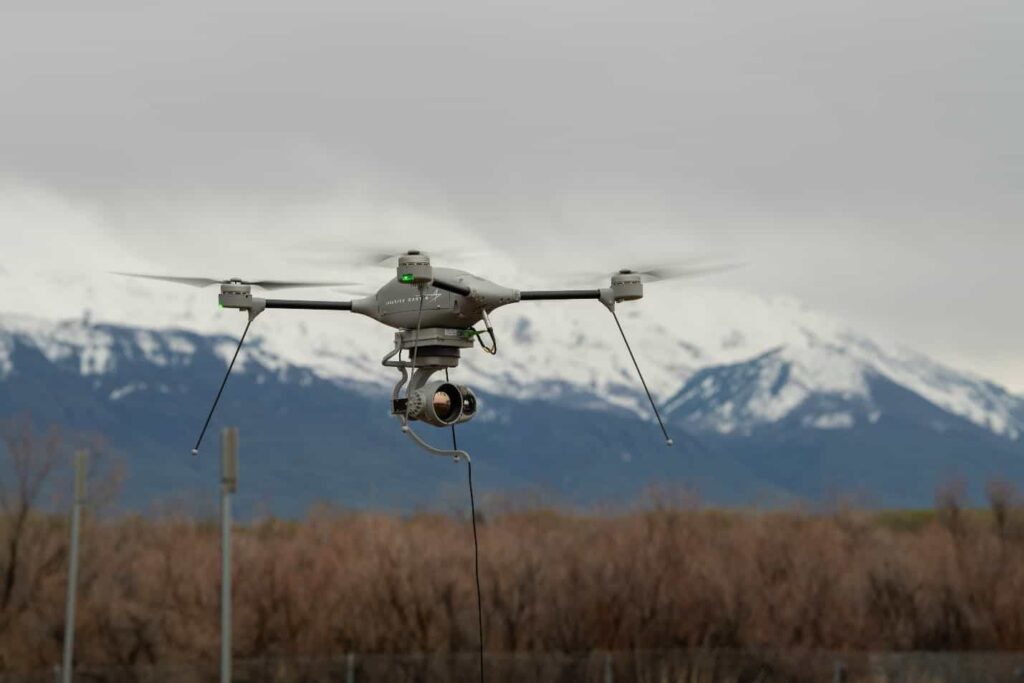 Lockheed Martin has announced that it has expanded its portfolio of Indago unmanned aerial systems (UAS) to include a tethering option. The tethered drone is designed for military and special forces ISR (intelligence, surveillance and reconnaissance) missions such as counterinsurgency and national security.

Without the tether, the group 1 small UAS Indago 3 flies for 50-70 minutes and can be carried in a rucksack. For uninterrupted ISR, special forces can quickly configure the tether, taking away the need for battery reliance.

“When it comes to unmanned systems and capability, size does matter,” said Michael Carlson, Business Development manager for Indago. “We want to make something as important as force and facility protection as simple and effective as possible – the tethered Indago can do that.”

Its payloads provide high resolution, daytime, electro-optical imagery capable of reading a license plate from a 1000-foot standoff distance. For nighttime, it provides detailed thermal infrared that can identify a person, weapon, and other intelligence, such as warmth of vehicle tracks on the surface. This includes imagery in black hot, white hot, and ironbow, an orange and purple heatmap color scheme.