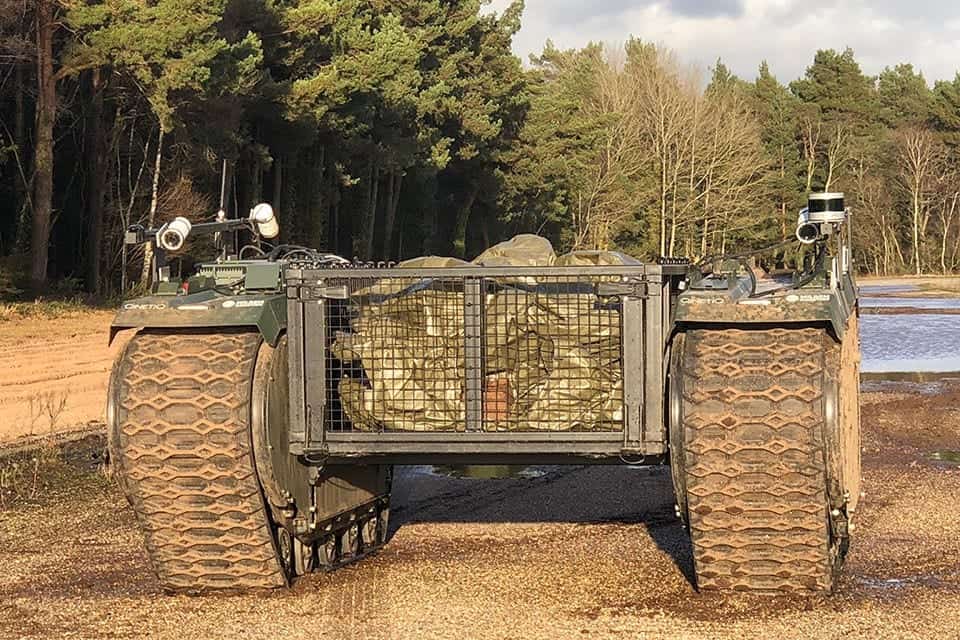 The United Kingdom Ministry of Defence (MoD) has announced that British troops have begun testing enhanced surveillance drones and other unmanned vehicles.

The Autonomous Warrior experiment will last four weeks and test a range of prototype unmanned aerial vehicles (UAVs) and unmanned ground vehicles (UGVs) which aim to reduce the danger to troops during combat. The exercise will finish with a battlegroup experiment, where the best ideas and products will be tested in the toughest of simulated operational environments.

One of the key areas it is set to test is the autonomous last mile resupply. The ‘last mile’, which represents the extremely dangerous final approach to the combat zone, is crucial to ensuring soldiers have the food, fuel and ammunition to keep them alive.

Defence Secretary Gavin Williamson said: “Our troops now have the chance to test out a huge range of robotic kit in what will be the biggest exercise of its kind in our history. We’re always working with the brightest minds in Britain and across the world to see how they can support our military of the future, but now the frontrunners have the chance to prove what they can really do on a battlefield. This equipment could revolutionise our Armed Forces, keeping them safe and giving them the edge in an increasingly unstable world.”

The exercise aims to test technologies in surveillance, long-range and precision targeting, enhanced mobility and the re-supply of forces, urban warfare and enhanced situational awareness.

The Royal Tank Regiment Battle Group from 1 Armoured Infantry Brigade are providing the bulk of exercising troops and taking responsibility of command and control. Overall there will be over 200 multi-national, cross-service personnel. The US Army, Royal Marines, RAF and the Defence Science and Technology Laboratory (Dstl) will join industry partners and academia in working alongside them, experimenting with over 70 products and systems.

Autonomous Warrior will play an integral role within the £800 million Defence Innovation Fund which supports ground-breaking ideas aimed at transforming both defence and British industry.

The land-based exercise follows on from the successful ‘Unmanned Warrior’ during which the Royal Navy demonstrated autonomous systems diving, swimming and flying together to engage in surveillance, intelligence-gathering and mine countermeasures.