USV for Antarctic Missions Under Development 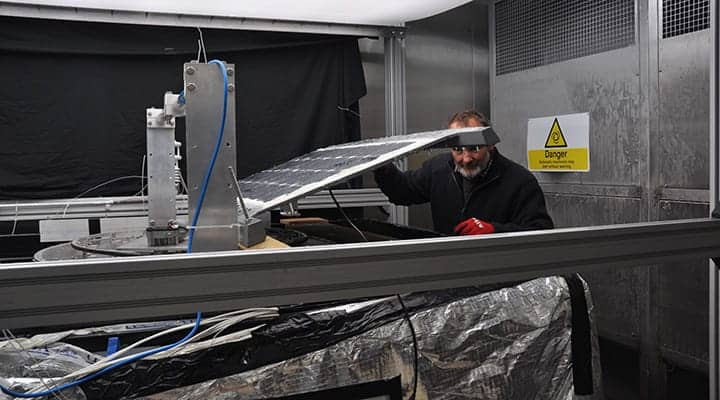 Researchers at the University of East Anglia have announced that they are helping to design an unmanned surface vessel (USV) that can not only survive the extreme environment of the Antarctic, but also collect vital information about the causes of sea-level rise. The researchers have teamed up with engineers at AutoNaut Ltd to create a boat that can withstand freezing Antarctic temperatures.

Getting stuck in the ice is just one of the problems the boat will face. The AutoNaut vessel itself must also be capable of operating in freezing conditions. Getting the boat ‘sea ice-ready’ will require the team to undertake a variety of tests in a specially constructed sea ice chamber that replicates the polar environment.

Prof Karen Heywood from UEA’s School of Environmental Sciences, said: “The AutoNaut will be able to collect scientific data very efficiently over long distances and long missions. It is also environmentally friendly since it uses waves to propel itself forward and is equipped with solar panels to power the electronic systems on board.

“We need to understand how warm water gets underneath the Antarctic ice to melt it and cause sea level rise. We need to understand what drives polynyas, the areas of open water surrounded by sea ice, and the role they play in the Earth’s climate and carbon cycle. These challenges need new and innovative ways of making measurements in extreme environments.”

One of the many challenges of designing a boat to withstand freezing conditions is how to stop the boat being covered in ice. With a possible air temperature below -10°C, any sea spray onto the boat from breaking waves at the ocean surface will immediately be frozen. This ice would clog up the scientists’ sensors, but more seriously could make the boat top heavy so it might capsize and fail to self-right.

To address anti-icing, the team are testing a range of coatings that they hope will make the boat’s surface ‘non-stick’. These coatings would mean that the sea spray rolls off, or that the ice flakes off easily before it becomes a problem. The team will test out the coatings in UEA’s novel Roland von Glasow sea ice chamber, which mimics the conditions found in the polar oceans, with sea ice and sub-zero air temperatures.

Another problem is that materials become brittle when they are cold, and might break. Experiments to test the different components of the boat in very cold conditions are underway.

Dr Martin Wadley designed and constructed the tests. He said: “We’ve been surprised by the results so far – some of the coatings that we expected to repel the ice have actually ended up encrusted with ice, and this might be a problem for the boat in the polar oceans.”

Ultimately the unmanned boat will be used to autonomously gather and transmit data from the ocean surface – such as air temperature, wind speed, plankton abundance or carbon dioxide – so scientists can measure how much heat and gases are exchanged between the atmosphere and the ocean. The boat’s sensors will enable scientists to better understand the extreme environments of high latitude oceans – with significant reduction in cost and risks relative to conventional research vessels or other techniques.

Mike Poole, AutoNaut director, said: “Antarctic waters are a serious challenge, but one we are thrilled to take on. If we can build an unmanned boat to survive in the Southern Ocean, we’ll be sure it can thrive anywhere. The University of Exeter are working with us on ways to harvest energy in the dark of winter to supply the electronics and sensors on board this high latitude AutoNaut. Other challenges include detecting and avoiding small ice.”

This work is funded by Innovate UK.