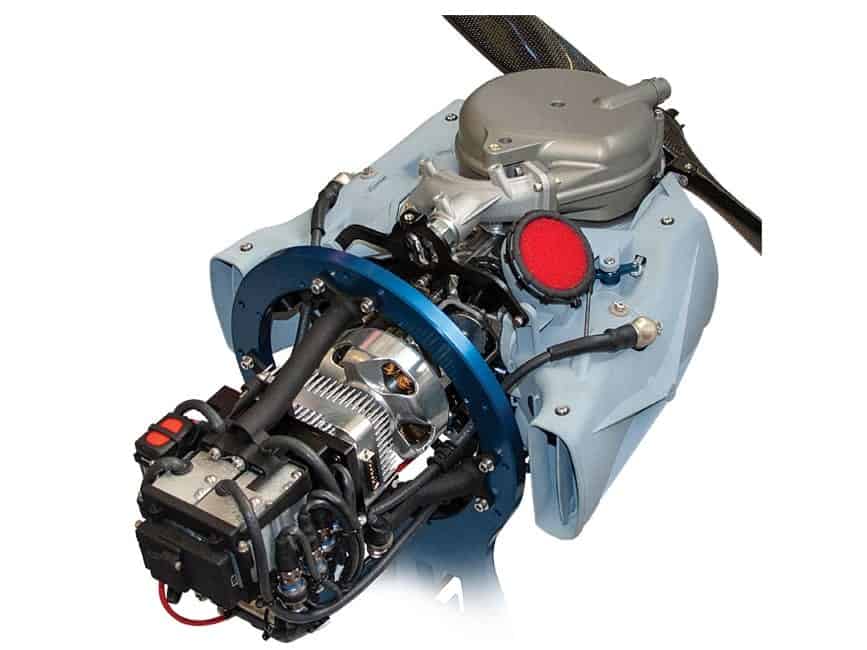 Northwest UAV has announced that it has taken its newest engine – the NW-88 multi-fuel twin-cylinder UAV (unmanned aerial vehicle) engine – from concept to running prototype with a successful test run in their on-site engine test cell. This marks the conclusion of the design phase of development and begins the test and qualification phase. Based on these successful initial test runs, the NW-88 UAV Engine is set to be qualified and in the skies in 2019.

Following the successes of the NW-44 engine, the NW-88 multi-fuel twin-cylinder UAV engine is set to fill other mission gaps in the maturing UAS industry. The NW-88 engine is designed to offer endurance and reliability to Group III UAVs (in the 75-150-pound weight class), which are increasingly being used for commercial and military purposes. While organizations are trying to field hobby-grade engines, NWUAV President and owner Chris Harris has been developing an aviation grade solution.

“With the success of our NW-44 single-cylinder UAV engine offering a more reliable, efficient, cost effective solution for Group II UAVs, it’s just a natural progression for us to offer that same reliability and efficiency for UAVs one weight class heavier that are dealing with the same issues,” Chris Harris said. “Due to their still relatively small size, Group III UAVs (in the 75-150-pound weight class) are experiencing the same endurance and reliability issues in their engine options that the Group II UAVs were facing. We have taken what we’ve learned with the success of the NW-44 engine and applied it to the NW88 engine. In fact, many of the components on the NW-88 are shared with the NW-44, which reduced the development timeline as well as development costs. Should a customer that operates the NW-44 decide to deploy the NW-88 for an alternate airframe or need more power for a current airframe, many of the spares inventoried for the NW-44 are compatible with the NW-88. This can be very cost effective for our customers.”

Northwest UAV has performed well over 10,000 hours of development testing on multiple platforms. All of NWUAV’s systems are designed to operate on heavy fuel or gasoline and fly for more than 18 hours in a broad variety of climates with the highest power to weight ratio. Their patented cooling systems feature a comprehensive temperature envelope.

NWUAV has taken extra steps to ensure their propulsion solutions are straightforward for ease of maintenance whether on-site at their facility or mission deployed, a critical element for all operators. The NW-88 will continue its testing and fine-tuning in NWUAV’s own climate controlled on-site engine testing facilities which include temperature-controlled test stands and altitude chambers.

“Using our own testing facilities allows us to control every aspect of testing and to collect all of the data required to be effective and efficient in the development process,” said Jeff Ratcliffe, Chief Technical Officer of NWUAV. “It allows us to confidently say you can fly even the most difficult missions and expensive payloads at the highest altitudes and in the broadest weather conditions because we’ve designed and tested the engine to do just that. The investment we put into testing and perfecting our engines is a big part of the reason the industry is so excited about the NW-88 engine.”