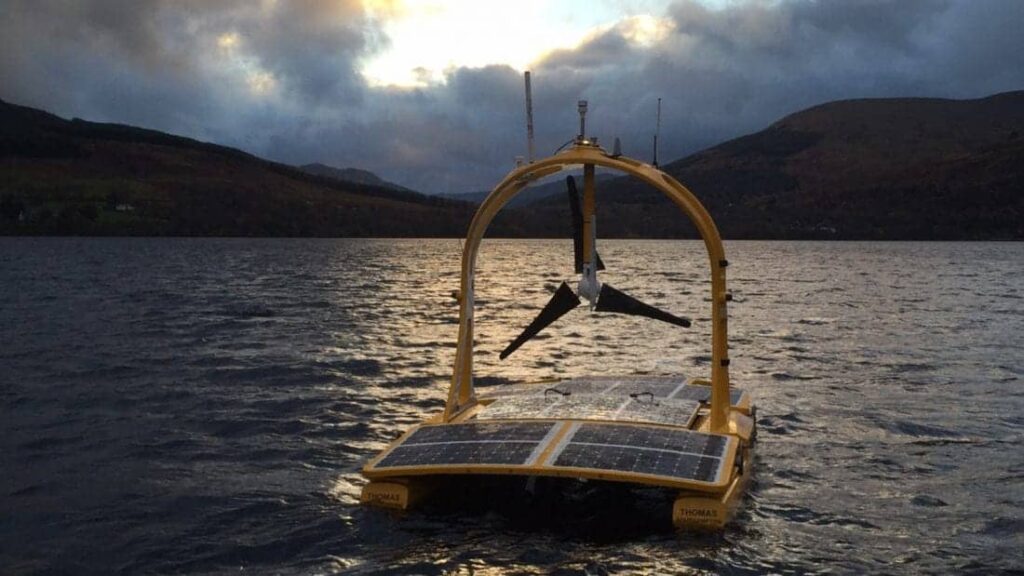 ASV Global, a leading developer of unmanned marine systems, has released an article explaining the benefits of using autonomous surface vehicles (ASVs) for environmental monitoring applications and outlining some of these specific applications.

2017 saw a significant increase in the adoption of Maritime Autonomous Systems (MAS), with a range of robotic technologies being adopted across the military, commercial and science and research sectors. While Autonomous Underwater Vehicles (AUVs) have been in wide use for quite some years, an increase in the use of Autonomous Surface Vehicles, particularly for environmental monitoring is more apparent than ever.

ASVs are increasingly being utilised as fundamental data-gathering tools by research institutions and scientists across the globe, allowing further exploration of our waters and greater understanding of our planet. Previously, these explorations seemed to only be noted amongst the scientific community, but highly publicised events, such as the industrial disaster in 2010 of the oil spill in the Gulf of Mexico from the Deepwater Horizon platform, have drawn focus to the use of robotics in order to combat and measure the environmental damage to the area and its inhabitants.

ASV Global’s C-Worker 5 ASV participated in LADC-GEMM consortium’s summer expedition in 2017 to monitor marine mammals near the disaster site 7 years after the initial event following a previous expedition for Passive Acoustic Monitoring (PAM) data collection 2 years previously using a C-Worker 6 and a C-Enduro collaboratively. The C-Enduro ASV model has also been used for other environmental monitoring missions, including exploration of ‘biodiversity hotpots’ off the Cornish coast, and conservation and habitat data collection in the Welsh seas.

One obvious advantage of utilising ASVs for environmental monitoring is that they allow examination of events that are too dangerous, or impossible for humans to undertake. The ability to measure these events with unprecedented distances covered and in quicker timescales provides crucial efficiency to dealing with large scale environmental disasters and increases our knowledge of the our widely un-investigated oceans.

As opposed to traditional manned platforms, ASVs have a very low noise signature. For such environmental monitoring tasks such as passive acoustic monitoring (PAM), it is crucial that the vessel utilised has a low noise signature so as not to skew the data. In the summer of 2017 the National Oceanography Centre utilised this method of data collection for their Marine Autonomous Systems in Support of Marine Observations (MASSMO) expedition. A fleet of 11 autonomous vehicles including the C-Enduro ASV were deployed to explore the seas northwest of the Orkney Islands in search of marine mammals and sources of man-made noise pollution. In addition to listening for ocean noise, the vehicles also collected high quality environmental data including ocean temperature, salinity, tidal currents, plankton abundance, weather and wave conditions.

Initial analysis of noise recordings collected by hydrophones mounted on the autonomous vehicles has revealed that at least four species of marine mammal were detected. These included the metallic clicks of deep-diving sperm whales and the eerie whistles made by pods of pilot whales. There were also recordings of fin whales, the second largest animal in the world, and small numbers of harbour porpoise. Sources of noise pollution including ship engines and seismic surveys were also detected.

The other crucial advantage of using ASVs for environmental monitoring is the reduction of on-site time and maximisation of operational hours, which on the whole reduces the carbon footprint of the operation and the effect of the mission on the area. Further to this, for small scale operations for data collection, smaller ASVs can be utilised in order to reach difficult areas such as caves, harbours and bridges without the need for a support vessel.

It is clear that these Maritime Autonomous Systems – in particular, ASVs – provide low impact solutions for marine observations and data collection across a range of environmental monitoring tasks such as water quality monitoring and sample acquisition, marine mammal and aqua culture tracking and current and wave profiling. As technological advances continue to improve these systems will gain even more traction across the scientific and research community enabling us to achieve greater understanding of the marine environment and its inhabitants and intricacies.