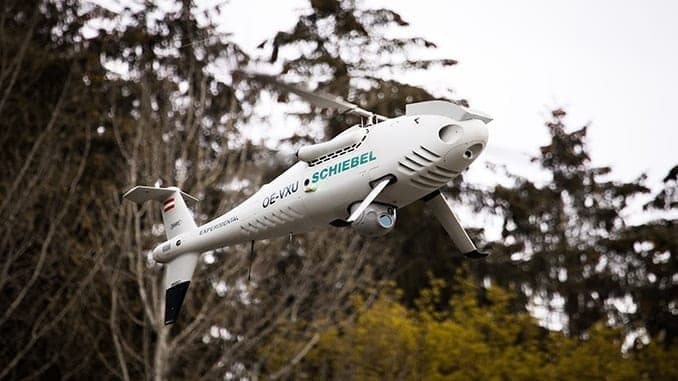 Schiebel has announced that its CAMCOPTER S-100 UAS (Unmanned Aerial System) has demonstrated suitability for search and rescue missions as part of an ongoing homicide investigation in Stiwoll, Austria.

In the first operation of its kind, Schiebel provided Austrian law enforcement with a CAMCOPTER S-100 and operating personnel to assist in the search for a double homicide suspect assumed to be hiding in a forest region. Compared to manned helicopters, the S-100 offers a more cost- and mission-effective solution for conducting such exploration tasks. Its endurance of up to six hours within a 200-km radius provides the S-100 with enhanced operational capability that enables substantially extended search flight missions. This unique unmanned system permits operatives to systematically cover larger areas and gather crucial intelligence in the form of real-time day and night electro-optical / infrared video footage in less time.

The ability to collect and analyze imagery simultaneously in a controlled environment on the ground presents another mission-critical advantage. Such a setting is far more conducive for effective analysis and target pick-up than on board a helicopter and considerably improves the probability of successful detection. The S-100’s small logistical footprint as well as its rapid deployment and ease of operation further add to the suitability of the UAS for search and rescue missions.

“This is a prime example for the potential civil use of a UAS such as the S-100,” said Hans Georg Schiebel, Chairman of the Schiebel Group. “Of course we gave our full support to the special investigative team in its efforts to conduct a rapid and efficient search of wide rural areas and bring this case to a successful conclusion.”