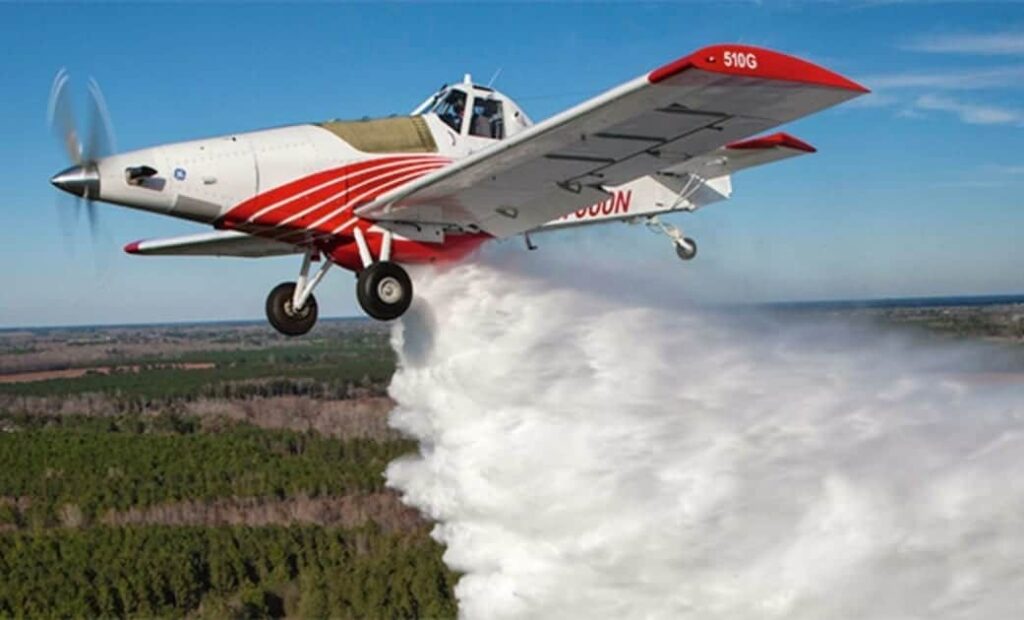 Thrush Aircraft has announced that it has formed a strategic alliance with unmanned aerial vehicle (UAV) and systems manufacturer Drone America to begin development of the world’s first autonomous air tanker.

The new tanker is expected to blend Thrush’s large airframe and airborne delivery system expertise with Drone America’s “Ariel” amphibious platform – resulting in an aircraft capable of delivering some 800 gallons of water or fire retardant, autonomously. The aircraft will also have the ability to conduct long-duration tactical surveillance flights over a fire to give firefighters, operations managers, and public safety coordinators on the ground real-time understanding of conditions and fire behavior.

“As the almost incomprehensible devastation of the 2017 fire season has shown, there is virtually no limit to the level of destruction to property and natural environments wildfires can cause,” said Mike Richards, president and CEO of Drone America. “We founded our company on the belief that highly-reliable, well-integrated autonomous systems can significantly improve public and environmental safety. Our collaboration with Thrush represents a major step forward in achieving that goal, and we’re excited to be joining forces in the fight against one of our country’s most challenging foes: wildland fires.”

Currently, only manned air tankers are used in airborne firefighting operations, and they are restricted from fighting fires during night hours. However, it is during this “dark window” that autonomous tankers can take special advantage of the cooler night temperatures and reduced fire activity to support tactical ground operations, without risking the lives of pilots.

In addition to tanker duties, UAVs orbiting high above other firefighting aircraft and equipped with infrared cameras, sensors and integrated communications equipment are particularly well-suited to systematically map and communicate fire intensity, rate and direction of spread. This high-level, on-scene intelligence gathering not only greatly enhances civilian and firefighter safety on the ground, but also helps solve the problem of linking voice and data transmissions across different and otherwise incompatible communication systems.

In summarizing the new alliance, Payne Hughes, president and CEO of Thrush Aircraft, said: “Thrush prides itself in continuously bringing the highest levels of innovation and value to our industry – and joining in the fight to better control wildfires from the air is in perfect alignment with our recent introduction of the 510G Switchback and its advanced manned-aircraft firefighting capabilities.”

“Collaborating with Drone America now gives us the ability to enhance airborne firefighting even more, by applying our design, manufacturing and flight test capabilities to a whole new generation of autonomous aircraft that can do things manned aircraft simply can’t do safely, or as efficiently. We couldn’t be more pleased to be getting this new relationship underway” he concluded.

In addition to unmanned air tanker capabilities, this new alliance represents the next step forward in a strategic push to integrate national disaster planning, public safety, and safe integration of Unmanned Aircraft Systems (UAS) into the National Airspace System – as well as a fresh look at current thinking surrounding airborne firefighting regulations and potential alternatives.

Teams from both companies will also explore other unmanned heavy-payload applications such as humanitarian aid, disaster relief, remote cargo transportation and maritime patrol, for which airframes from Thrush could be uniquely suited.