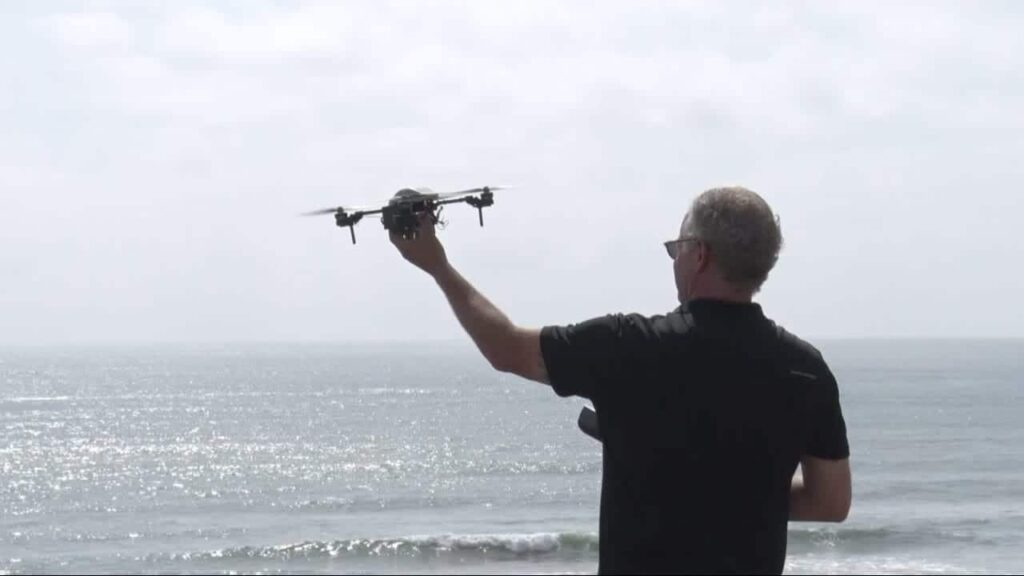 The Office of Naval Research (ONR) has announced that, during a recent technology demonstration at Marine Corps Base Camp Pendleton, it has unveiled a new way to detect buried and submerged mines.

“See that large cluster?” said Stephanson during the demo. “That’s the dummy mine we buried. The smaller blotches near it are construction rebar we found nearby. The drone detected and localized these items quickly and accurately, which would be extremely valuable in a real combat scenario.”

“This technology will help Sailors and Marines who are approaching a beachfront to rapidly clear, or at least determine the location of, mines or other hazards that are in their way,” said ONR Command Master Chief Matt Matteson. “It could potentially save a lot of lives.”

“Everyone wants to know where they are going and what they are about to get into,” said Oelrich, who is overseeing the development of MIW RAC. “It helps to have a rapid capability to just fly something in the air and survey an area before you put troops on the ground or bring a vessel ashore.”

While the quadcopter and tablet device are available commercially, the heart of MIW RAC is its proprietary magnetometer sensor suite —which has an extensive detection range and uses complex algorithms to differentiate between various types of objects.

MIW RAC originated in 2015, when the Navy Expeditionary Combat Command (NECC) sent a request to ONR’s TechSolutions program for a portable system that could detect potential hazards in surf zones, be easy for warfighters to use and fit diverse platforms. TechSolutions is ONR’s rapid-response science and technology program that develops prototype technologies to address problems voiced by Sailors and Marines, usually within 12-18 months.

“We took our inspiration from a stationary scanning system developed by BDS,” said Oelrich. “It was sensitive enough to not only detect weapons, but identify the hidden location of the object on a person and the angle in which it was oriented—a knife in a front pocket or gun turned sideways, for example.

TechSolutions will deliver prototype MIW RACs to NECC’s Explosive Ordnance Disposal Group for further testing and evaluation. Oelrich and her team hope to see the system issued throughout the fleet next year.

Watch a video of the MIW RAC demonstration below: