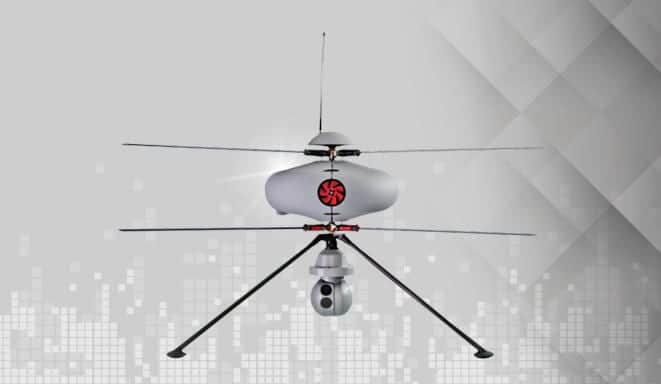 ECA Group has announced that it is expanding the use of its IT180 helicopter mini-drone to maritime applications and is partnering with naval defense firm DCNS, which is contributing its expertise to the studies needed to integrate the drone on board ships.

The IT180 UAV (unmanned aerial vehicle) is a compact VTOL aircraft. An initial implementation of the “navalization” concept took place at DCNS’ Naval Innovation Day in Ollioules, and the IT180 took part in an interception scenario in the Toulon harbor.

ECA Group has also developed other concepts for the use of the IT180 in naval defence applications, such as mine detection, radio relaying and magnetic risk management. The latter, STERNA – a solution for measuring the magnetic signature of ships from airborne drones – has already been selected by an Asian navy.

ECA Group has already delivered UMIS (Unmanned Mine Counter-Measures Integrated System) naval systems based on surface robots (USVs), submersibles (AUV and ROV) and aerial drones to several customers in 2016. ECA Group’s UMIS solutions integrate a complete multi-drone mission control and command system with a data processing suite. The performance of this UMIS system has also been successfully demonstrated during an Industry Days event organized by the Belgian Navy.

The IT180 UAV can be utilised in harsh weather conditions, with a mission time of up to three hours giving it a range of 30 nautical miles. It can carry payloads, including IR, video and PIR, of up to 5kg. The drone can be used to detect floating drifting mines in front of an expeditionary naval force in transit. Connected by umbilical to the mother ship, it can be used as a trans-horizon radio relay with other aerial drones and naval surface drones implemented by the same ship.