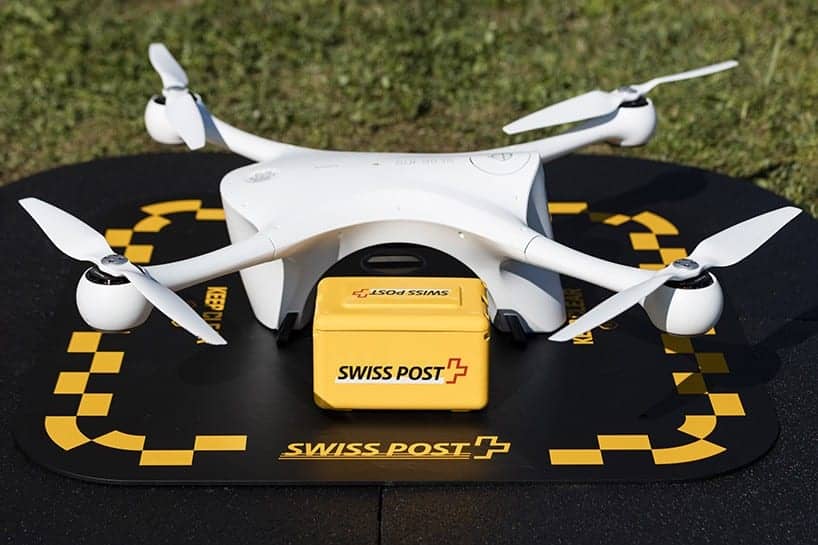 Swiss Post has announced that, in conjunction with the Ticino EOC hospital group and drone manufacturer Matternet, it has been successfully conducting initial drone flights in Luganofor the purpose of autonomously transporting laboratory samples between two EOC hospitals. The Federal Office for Civil Aviation (FOCA) has given the project the green light.

The initial flights transported laboratory samples autonomously between two EOC hospitals in Lugano – the Ospedale Italiano and the Ospedale Civico. The samples are currently transported by road. The use of drones will make transport faster and more efficient in order to further enhance the provision of care to patients.

In total there have so far been around 70 autonomous test flights between the two hospital locations. The Federal Office for Civil Aviation (FOCA) has been involved in the project from the outset, inspecting the drone and its safety components, defining the legal conditions for flying it, and granting Swiss Post and Matternet approval for the flights. The partners will carry out further test flights, after which an initial evaluation will take place. Further testing with flights is planned over a one-month period in summer 2017.

As soon as the drone meets all of the strict requirements regarding safety, practicality and reliability, the regular use of drones between the two hospitals will become an everyday occurrence. From then on, trained hospital staff will be able to load the drone independently with a safety box (in which the lab samples are packaged) and launch the drone with a smartphone application. The drone will then fly autonomously along the predefined route to its destination, where the box will be received by another member of staff.

The logistics drone in use in Lugano is a quadcopter manufactured by Matternet. The drone is 80 cm in diameter (without rotor blades), specializes in the transport of light goods weighing up to two kilograms, has a maximum range of 20 kilometres and flies at an average speed of 10 metres per second (36 kilometres per hour). For safety reasons, duplicates of both the autopilot and other important sensors (e.g. altimeter, accelerometer, gyrometer) are always installed. In the event of the failure of all electronics, a parachute would be released automatically. A landing pad that transmits an infrared signal is used at the take-off and landing points. During its approach, the drone can detect this signal to ensure a pinpoint landing.

Swiss Post is one of the first companies to test autonomous drone logistics for a commercial application. In addition to drones, Swiss Post is also testing other autonomous systems, such as delivery robots and intelligent shuttles.