US Navy Selects Forward Operating Base for MQ-4C Triton 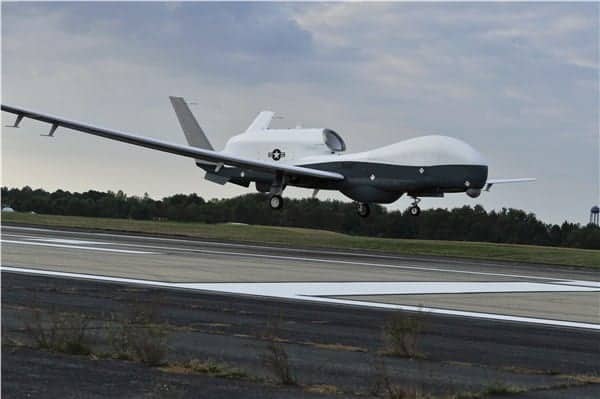 The U.S. Navy has announced that it has selected Naval Station (NS) Mayport in Florida as the East Coast Forward Operating Base (FOB) for the MQ-4C Triton Unmanned Aircraft System (UAS).

Mayport will be a permanent duty station for about 400 Triton UAS personnel and will support rotational deployments outside the continental United States. Facility construction will begin this year with the first Triton UAS scheduled to arrive in 2020.

Triton UAS is an unmanned, unarmed, remotely controlled aircraft employed to enhance maritime intelligence, surveillance, and reconnaissance data collection to the fleet, providing both tactical and strategic mission capabilities as part of the U.S. Navy’s Maritime Patrol and Reconnaissance Force, headquartered on the east coast at Naval Air Station (NAS) Jacksonville in Florida.

Triton UAS is a multiple-sensor unmanned aircraft that is 48 feet long with a wingspan of 131 feet. The MQ-4C Triton UAS will conduct operations over water, with most operations occurring over international waters 12 miles or more offshore.

Triton UAS uses a “remote split” operational concept, where mission crews are located at a Main Operating Base (MOB), while air vehicles and maintenance personnel are located at a FOB. The East Coast Triton UAS squadron (VUP-19) MOB is based at Naval Air Station (NAS) Jacksonville.

As the east coast FOB, Mayport will be the launch and recovery site for four forward-based MQ-4C Triton UAS aircraft and consolidated maintenance hub for up to four additional aircraft.

The U.S. Navy completed an Environmental Assessment (EA) that analyzed the environmental impacts associated with establishing facilities and functions to support the East Coast home basing and maintenance of the Triton UAS. The EA looked at three potential locations: NS Mayport; NAS Key West in Florida; and National Aeronautics and Space Administration (NASA) Wallops Flight Facility on the Eastern Shore of Virginia. The final EA identified no significant environmental impacts at any of the three sites.

Since there were no significant environmental impacts associated with the three locations, the Navy’s decision was based primarily on its operational needs and its responsibility as a steward of taxpayer resources. Located in a fleet concentration area, NS Mayport provides the most operational, maintenance, and family support for the least cost within its existing Navy facilities and services.