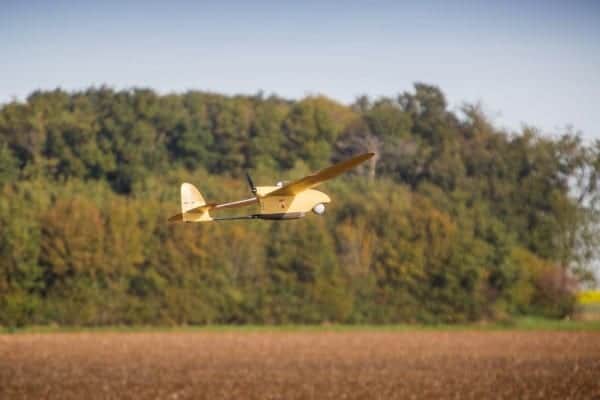 The French Defence Procurement Agency (DGA) has selected Thales’ latest-generation Spy’Ranger mini surveillance and reconnaissance Unmanned Aerial Vehicle (UAV) to equip the French forces. Up to 70 mini-UAV reconnaissance systems (SMDR) will be made available. Each system consists of three mini-UAVs, a ground segment and the associated technical support.

The armed forces require real-time access to ever more reliable imagery. Spy’Ranger will provide them with a decisive tactical advantage by offering the capacity to observe day or night, for long periods of time and at a distance of up to 30 km. Spy’Ranger is used in particular to carry out the following missions: provide support to a combined arms tactical group maneuver or to an offensive reconnaissance mission; provide a cover mechanism, support the neutralisation of strong points and contribute to firing maneuvers by providing a “remote airborne eye” able to adjust shooting rounds on a target.

“Developed by Thales in cooperation with French SMEs Aviation Design and Merio in under 13 months, Spy’Ranger will offer French Forces a number of innovations that provide real capability gains. Spy’Ranger will therefore markedly contribute to the gathering of frontline intelligence and to the protection of forces in operation,” said Jean-Pascal Arrou-Vignod, Thales VP in charge of Optronics business.

The Spy’Ranger, developed by Thales in collaboration with several French SMEs, is a mini-UAV designed and manufactured in France. Spy’Ranger features include: