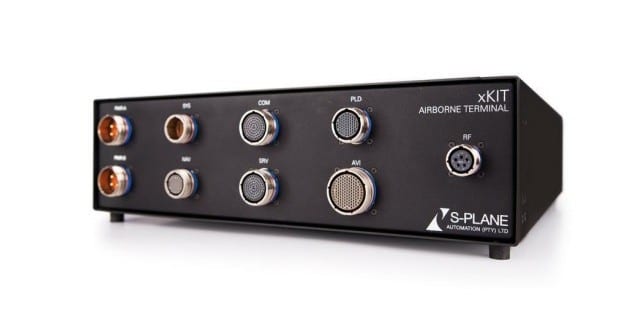 S-PLANE Automation, a supplier and developer of autonomous systems, has announced the release of the xKIT, an automation solution that converts an existing manned aircraft into an Optionally Piloted Vehicle (OPV).

OPVs are versatile platforms that combine the benefits of a manned aircraft with those of an unmanned aerial vehicle (UAV). As a manned aircraft, the OPV can execute missions that demand human judgement and control such as flight in civil airspace, flight over congested areas, flying at low level and transporting passengers. When the OPV is configured as a UAV, it can perform missions which require extreme endurance or are too dangerous for manned aircraft. These include critical infrastructure protection and surveillance, border and maritime patrol, cargo delivery, firefighting and HAZMAT containment.

The OPV can dramatically reduce the different classes of vehicles an organisation has to keep in operation to perform a variety of tasks. This brings about substantial savings in setting up infrastructure, other capital expenditure and training of maintenance and operational personnel. The ability to operate in manned airspace also greatly reduces the out-of-service period during planned maintenance, as the aircraft can be flown to the maintenance depot without requiring disassembly and shipment.

The xKIT has been fully modelled and tested with existing airframes that have large payload carrying capability, and uses building blocks from the S-PLANE xSERIES of subsystems. It is flexible to accommodate a wide variety of different aircraft and is modular to allow for fast adaptation to enable a broad range of functions. A single switch allows the pilot or operator to toggle the OPV between manned and unmanned piloting modes.

The xKIT design allows an aircraft to retain its certification status for manned flight, enabling its continued use in airspace where manned aircraft operations take place. It operates in tight integration with other S-PLANE subsystems such as ParagonC2, a groundstation for UAS Command & Control and S-PLANE’s high-fidelity HILS (Hardware-In-the-Loop Simulator) for testing, qualification, maintenance and training.