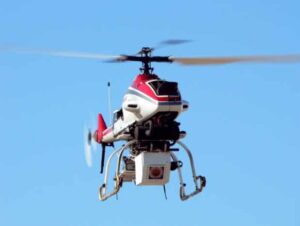 Near Earth Autonomy has received a $754,000 award through NASA’s Small Business Innovation Research program to develop Safe50, a software module for unmanned aircraft systems (UAS) that will enable safe and robust unmanned aircraft flight, particularly during the first and last 50 feet of the take-off and landing phases.

The innovation is the first of its kind to guarantee safe UAS operation during all phases of flight in presence of unmapped obstacles, without GPS. The award is intended to support NASA’s interest in developing technologies that improve mobility, efficiency, and safety for UAS operations in the National Airspace System (NAS). The project will be developed in partnership with NASA’s Ames Research Center in Moffet Field, California.

With the increasing use of UAS in mapping, surveying, movie making, construction, inspection, law enforcement, agriculture, and other applications, enabling safe autonomous flight is imperative for the long-term success of the UAS industry. Near Earth’s Safe50 will provide a solution for the most challenging phases of flight, the first and last 50 feet of the take-off and landing, when a multitude of obstacles and poor GPS reception pose severe risks to the aircraft. Safe50 will accurately guide the UAS from take-off to landing in a fully autonomous manner, outside of the operator’s visual line-of-sight, without a direct link with a base station, and with intermittent GPS reception.

“By working with NASA to enable safe take-off and landing for UAS in urban and cluttered locations, even in degraded conditions, Near Earth is taking a big step in developing the systems required for ubiquitous operation of UAS in the National Air Space,” says Near Earth’s CEO, Sanjiv Singh. “This is imperative to unlock the almost unlimited potential of UAS in all manner of commercial applications.”

The development of Safe50 will provide real world solutions to UAS users currently limited to line-of-sight operations and full GPS reception for safe flight. In an industrial setting, aircraft will have the ability to take off from a confined space, survey critical infrastructure, collect necessary data, and land safely without the interruption of plant shutdown. During a hazardous incident, the aircraft can be utilized to survey unsafe environments rather than putting a human at risk.

The NASA SBIR award builds on the capabilities of Near Earth’s expertise in autonomy systems for UAS flight. Near Earth is currently contracted with the Office of Navy Research’s Autonomous Aerial Cargo/Utility System (AACUS) program to develop sensor suites and perception software to enable full-size cargo delivery to unprepared terrain. Additionally, Near Earth is the prime contractor on the DARPA-sponsored project Miniature Optical Guidance and Navigation that is developing guidance and navigation systems for small and mid-size aerial vehicles.