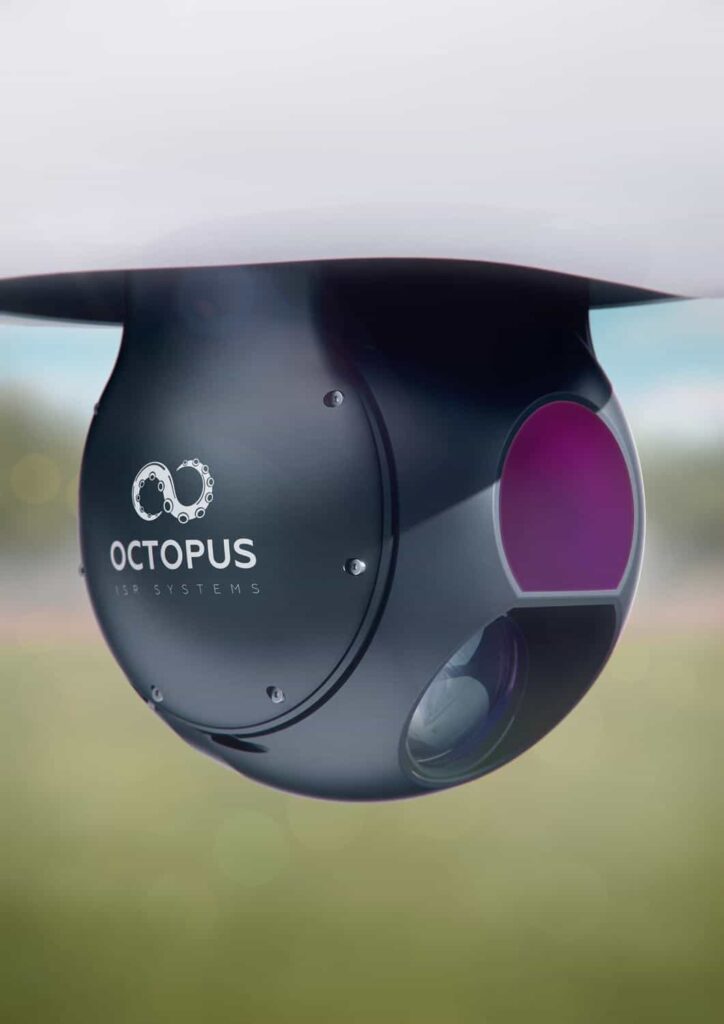 UAV Factory, a leading developer of UAVs and sub-systems, has announced the launch of a new division, Octopus ISR Systems. The new division offers a complete set of ISR solutions consisting of Epsilon advanced gimbals, IP datalinks, tracking antennas, and ground control stations. The Octopus ISR Systems division focuses on manufacturers and users of unmanned and manned systems whose existing aircraft or vehicles operate on air, land, or sea.

Coinciding with it’s launch, Octopus ISR Systems has released a dual-sensor gyro-stabilized gimbal, the Epsilon 140. Epsilon 140 is one of the lightest micro-gimbal solutions on the market, offering unique functionality and an extensive feature set. Some of its key differentiators are an automatic moving target indication function, a leading nighttime surveillance range of up to 2,000 m with its unique 60-mm IR lens, and other expected critical functions for surveillance and observation.

“After the development of our flagship system Penguin C, we realized that there was a lack of advanced imaging payloads for small UAVs that were capable of delivering well-stabilized images on high-vibration platforms,” says the CEO of UAV Factory, Konstantins Popiks. He adds, “As a result, we decided to take the challenge and develop a working solution ourselves, and from mid-2013, we invested in engineering efforts to see if it was possible to develop better products than those that were available on the market. Today, I am proud to announce that we have a range of micro-gimbals with outstanding stabilization and an extensive feature set that, according to our customers, significantly exceed their expectations at the price point.” 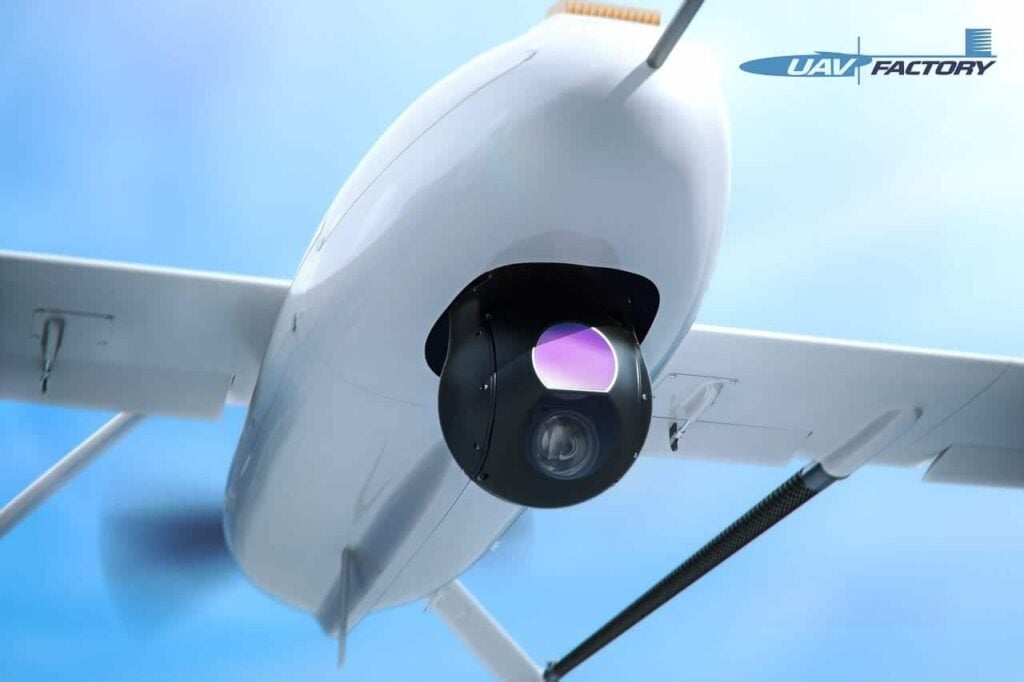 Epsilon gimbals stand out for their extensive use of the onboard processing unit, delivering advanced functionality that makes the work of operator much more efficient, reduces costs, and saves time. The use of onboard processing enables such functions as target tracking, scene steering, and moving target indication. It also significantly reduces the required bandwidth.

“Using the Epsilon gimbal on our HEF 30 platform for surveillance or search-and-rescue missions enables us to cover larger areas much faster. Having stable image, even at the tele-zoom setting, in combination with an advanced feature set, allows us to identify and automatically track moving objects from a considerable distance,” states Joost de Ruiter, the CEO of High Eye. He goes on to say, “We believe that the endurance of the HEF 30, combined with the image quality and functionality of Epsilon, allows us to accomplish mission objectives faster and at a reduced cost.”

Konstantins Popiks states, “Although Epsilon are already products to match, we are continuing to invest in R&D for imaging payloads.” He continues, “Expect numerous announcements about cutting-edge product features later this year.”

At its launch, the new division, Octopus ISR Systems, is giving clients who make the first 30 Epsilon 135 HD Day orders a promotional offer: a free 3-month subscription to Accidental Damage Insurance. In case of the accidental damage of the gimbal, the insurance will allow customers to have it repaired or replaced within 10 working days at only 15% of the payload’s initial cost.