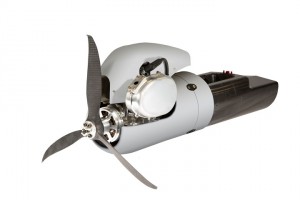 Orbital, a manufacturer of engines and fuel/control systems, has announced that its ScanEagle propulsion system, designed and developed for Insitu, has passed the USA Federal Aviation Administration’s (FAA) Federal Aviation Regulation section 33.49 reciprocating aircraft engine endurance test (FAR 33.49). FAR 33.49 is a stringent FAA reciprocating aircraft engine endurance test. Piston engines for manned aircraft must pass the FAR 33.49 test to be certified for use. While not essential for unmanned aircraft, Insitu and Orbital agreed to include the FAR 33.49 test as part of the development and validation testing program of the new ScanEagle engine. Achieving FAR 33.49 compliance for this type of engine sets a new benchmark for competitors in the Small Unmanned Aircraft Systems (SUAS) industry. This achievement is part of the development plan for Orbital’s Unmanned Aerial Vehicles (UAV) business and closely follows the delivery of Orbital’s first engine to Insitu.

Orbital has been working with Insitu, a subsidiary of Boeing, as part of an initial design, development and validation contract to supply propulsion systems for Insitu’s UAV products. Passing the FAA endurance test is an important program milestone and is consistent with Insitu’s targets for the endurance and
durability of ScanEagle, which are far beyond what is currently available in the market. It is significant that Orbital’s ScanEagle engine passed the test using “heavy fuel,” which is the preferred fuel for Insitu’s target customers.

“Most SUAS engine manufactures use ‘hobby engines’ as the basis for their power plant; engines originally developed for radio controlled airplanes for personal use. The Orbital UAV engine and propulsion system is an original design using Orbital technology and expertise with the goal to achieve benchmark performance and to
exceed customer expectations for durability. Passing FAR 33.49 is a demonstration of the new engine’s potential to meet the target objectives. To our knowledge, there are no other spark-ignited piston engines running on heavy fuel that have met the FAR 33.49 level of performance and it is not likely there will be unless they employ
Orbital’s FlexDI technology,” states Mr Terry Stinson, Orbital’s Managing Director and Chief Executive Officer.

The FAR 33.49 test was conducted at Orbital’s development centre in Perth, Western Australia. Orbital has developed the most sophisticated small reciprocating aviation engine development facility in the world, which provides the ability to perform a manned aircraft type test such as the FAR 33.49 locally. Orbital currently has 10 engine test cells dedicated to UAV engine development and includes altitude testing, extreme environmental testing, and noise, vibration and harshness testing. Additional development facilities include aviation engine control systems, fuel system development, and many other capabilities. Orbital’s world-class facilities and
expertise provide an ideal capability to ensure the current engine development program meets the high standard set by Insitu, and makes Orbital a compelling solution for potential UAV propulsion system customers from around the world.

Delivering on the Insitu propulsion system development project is a key element to Orbital’s aggressive strategy for growth and diversification. Orbital offers a compelling solution to companies such as Insitu who are seeking, and have an imperative need, to run engines on heavy fuels to improve aircraft range, reduce operating costs, and improve the reliability and durability of their unmanned aircraft. Successful completion of the current Insitu program is expected to lead to a production contract, initially supplied from Orbital’s facilities in Perth, with future plans to establish new Orbital production facilities in the United States.