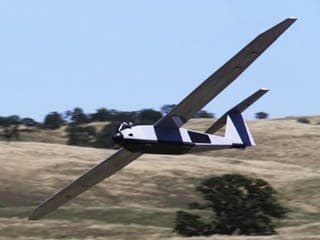 The Europa-S Signal Intercept and Geolocation System, built by WGS Systems in Frederick, Maryland, has now been integrated and flown in an Arcturus UAV T-20 Tier II unmanned aerial vehicle.

The unique aspects of the system are wide signal intercept frequency range, small operational footprint on the ground (1 or 2 full size pick-up trucks), quiet operation (the T-20 utilizes a modified 4-stroke engine), and the ability to interface with other payloads on the T-20, such as EO/IR and SAR.