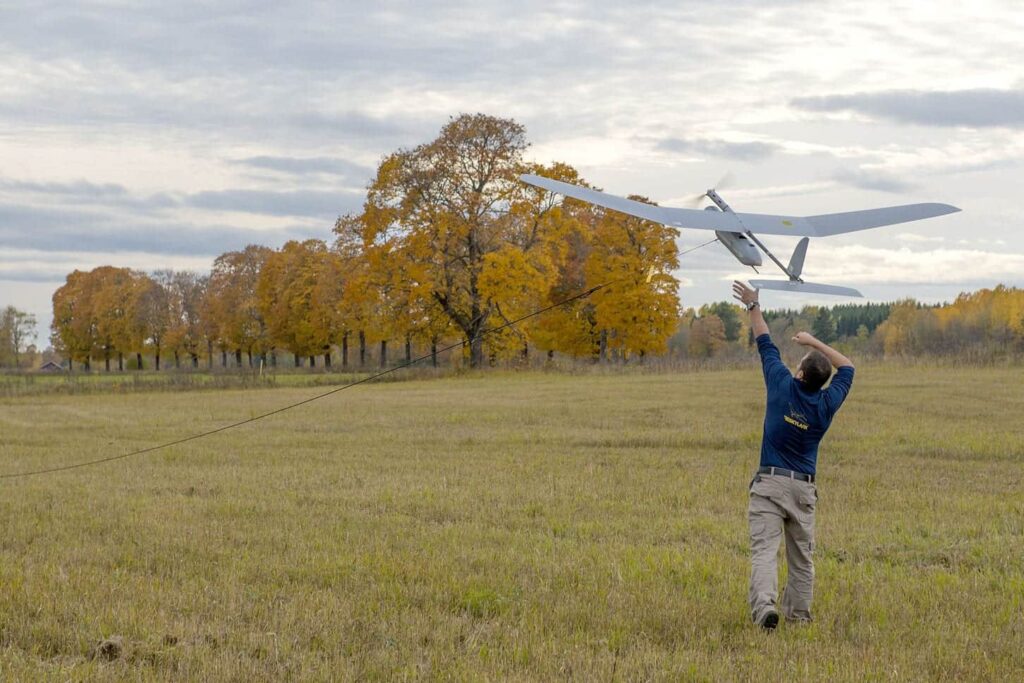 Elbit Systems UAS division (Elbit UAS) and Imint – Image Intelligence AB (Imint) have worked together during the last years, culminating in the development of a robust interface between Elbit’s Ground Control Station (GCS) for the Skylark® mini UAS and Imint’s Vidview and Vidhance® software. The companies started a joint project under bilateral Israeli and Swedish research grants in the EUREKA! program, with Vinnova as the Swedish aiding authority. The completed field trials marked the conclusion of the project. The main purpose of the project has been to bring the benefits of Imint’s Vidhance software into the established user interface of the GCS used by Skylark® mini UAS operators. One important goal has been to provide a smooth user experience and added visibility capabilities also for novice operators, while ensuring no impact to the flight critical parts of the Elbit GCS software.

David Rosenzweig, Director of Close-Range UAS at Elbit UAS, commented on the trials:

“We believe UAS can play a more important role in civil applications in the future in addition to the wide military use. We see a growing interest from the market, and this project with Imint is a response – we want to make the systems easier to use also for those with less training available.”

The Uppsala County Fire Brigade has been an important partner in the project, representing a likely future civilian end user of a mini UAS. The Fire Brigade were hosting the field trials on October 9th, where the use of mini UAS was evaluated in forest fighting and search-and-rescue scenarios. As one example, the Fire Brigade examined how an UAS can locate the exact position of a fire in inaccessible rural areas, and guide vehicles through the best route to the fire. The conclusions were very positive, and given new UAS capabilities, new and more efficient operational methods could likely be developed. Torbjörn Mattson, heading the fire brigade’s response units, said:

Fredrik Noén from the Uppsala Fire Brigade takes over control of the Skylark I-LE system, under supervision from an experienced Elbit operator.

“It is always challenging for us to identify damages and the spread of fire in inaccessible areas. Having eyes in the sky as a more integrated part of our procedures would make us more efficient. As an example – new forest roads made for forestry vehicles are typically not on our maps. Knowing how to get to the right place would save us time – always a good thing in fire fighting.” 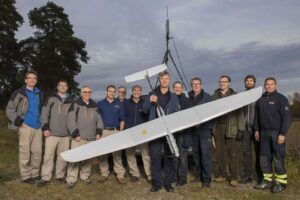 The field trial team with staff from Elbit Systems UAS Division, the Uppsala Firebrigade, and Imint.

As the use of UAS is expected to show a large growth in non-military scenarios, such as disaster control, search-and-rescue missions and fire fighting, the ease of use aspects will likely come more into focus, as UAS operators cannot be provided the same amount of dedicated training. Andreas Lifvendahl, CEO at Imint, concluded:

“It was very satisfying to see the result of a long project working well in field trials, and also interesting to discuss application areas and user requirements for the type of future new users represented by the fire fighters. It proves that the focus we at Imint have on human perception and making the best out of real time video, is correct and will become even more relevant.”