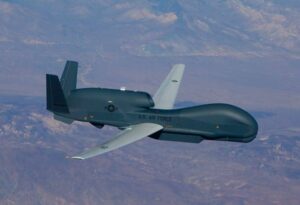 A live flight event late last year marked the first time that Global Hawk Block 40 data was successfully received, processed and disseminated on the DCGS-I testbed using the CIP. After the Global Hawk platform transmitted the newest Block 40 concurrent modes data to the testbed, the CIP processed and transmitted this data to other downstream ground station components for viewing and exploitation.

As the primary sensor processing element of the DCGS-I testbed based in China Lake, Calif., the CIP accepts airborne imagery data, processes it into an exploitable image and then outputs the image to other elements within the testbed. The CIP is the standard image processor used by the U.S. Department of Defense (DOD). The CIP also helps coalition partners to consolidate redundant and stovepiped processing systems.

The CIP’s latest software allowed for the newest synthetic aperture radar (SAR) imagery mode to be processed while simultaneously passing the ground moving target indicator data on to another system for processing. The CIP is the only platform capable of processing concurrent SAR data.

The CIP has been involved in numerous integration and test activities for many platforms and sensors. This includes Empire Challenge, an intelligence, surveillance and reconnaissance demonstration that promoted interoperability between U.S. and coalition Distributed Common Ground System assets.

Since 2000, the CIP has applied its critical ability to ingest data via the Common Data Link to serve as the main imagery processor of the DCGS-I testbed. The DOD uses the DCGS-I testbed to evaluate new intelligence, surveillance and reconnaissance technologies in an operational environment. The testbed has been an active participant in ongoing block upgrades for the Northrop Grumman-developed Global Hawk unmanned aircraft.