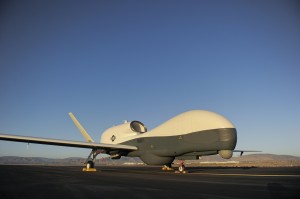 Northrop Grumman Corporation will highlight its industry-leading range of capabilities in intelligence, surveillance and reconnaissance (ISR) including airborne early warning and control systems for maritime reconnaissance and unmanned aerial vehicles, at the Aero India 2013 exhibition and air show.

The Northrop Grumman exhibit will showcase the company’s world-leading capabilities in airborne early warning and control including the E-2D Advanced Hawkeye.

The E-2D Advanced Hawkeye programme couples a newly designed electronically scanned radar with a matching suite of sensors, avionics, processors, software and displays to provide the most technologically advanced command and control capability available worldwide. The AN/APY-9 radar, with a two-generation leap in capability, is the backbone of this aircraft and provides greater flexibility and significantly improved detection and tracking over all terrains. To date, Northrop Grumman has delivered nine E-2D Advanced Hawkeye aircraft to the U.S. Navy. The programme completed Initial Operational Test and Evaluation in 2012 and Initial Operational Capability in the U.S. Navy fleet is on schedule for 2015.

An E-2D Advanced Hawkeye crew workstation and flyable cockpit simulator will be included on the exhibit stand to demonstrate the benefits of the E-2D for military and civil applications. India is among the first countries for which the Advanced Hawkeye capability has been approved by the U.S. government.

The company’s airborne surveillance capabilities will be highlighted with the MQ-4C Triton unmanned aircraft and the lighter-than-air Long Endurance Multi-Intelligence Vehicle (LEMV). 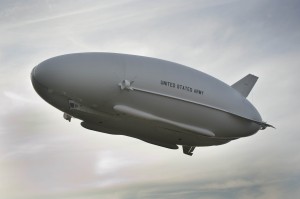 Triton is a maritime version of the combat-proven Global Hawk unmanned aircraft system. Developed for the U.S. Navy, Triton can fly missions for 24 hours at altitudes more than 10 miles, allowing the system to cover vast areas of ocean and coastal regions. The Navy developed its future concept for maritime patrol using Triton in conjunction with the P-8 Poseidon, a manned surveillance platform that has also been purchased by the Indian Navy. Northrop Grumman produces the AN/ALQ-240(V)1 Electronic Support Measures system, the early warning self-protection system, and the embedded global positioning and inertial navigation system for the P-8A.

Northrop Grumman is developing the LEMV long-endurance hybrid airship system for the U.S. Army. This system is designed to be optionally manned, providing the flexibility to operate with or without a crew onboard and offers persistent surveillance with reconfigurable payloads to meet emerging multimission needs. The first fight of the LEMV was successfully completed in August 2012.