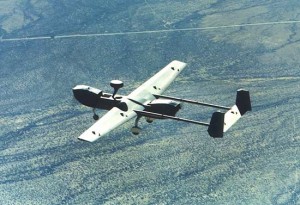 Soliders will be trained to fly the Hunter Unmanned Aerial Vehicle

The Department of Defense has awarded more than $36.5 million to Northrop Grumman training soldiers in the operation of unmanned aircraft at Fort Huachuca in Sierra Vista.

“Fort Huachuca is essential to the economies of Cochise County and Southern Arizona and to our national defense,” Barber, a member of the House Armed Services Committee said. “Fort Huachuca has an excellent record of training soldiers who operate unmanned aircraft and I applaud the U.S. Army’s continued support of that effort.”

The $36,504,506 contract was awarded to Northrop Grumman in Sierra Vista and covers fiscal year 2013, which began Oct. 1. The funding will pay Northrop Grumman employees to train U.S. Army soldiers on operating the Hunter unmanned aerial vehicle.

Earlier this year, the 2nd Battalion, 13th Aviation Regiment at Fort Huachuca graduated its 10,000th recorded student, although the actual number of students who have been trained is higher. The unmanned aircraft systems school has been training operators since 1994, but graduation statistics were not officially tracked until fiscal year 2000.

According to the Army, there now are more than 400 contractors and about 130 Army civilian instructors at Fort Huachuca who train more than 2,000 soldiers per year in 22 courses on four unmanned aerial vehicle systems: Hunter, Shadow, Warrior-A and Gray Eagle.