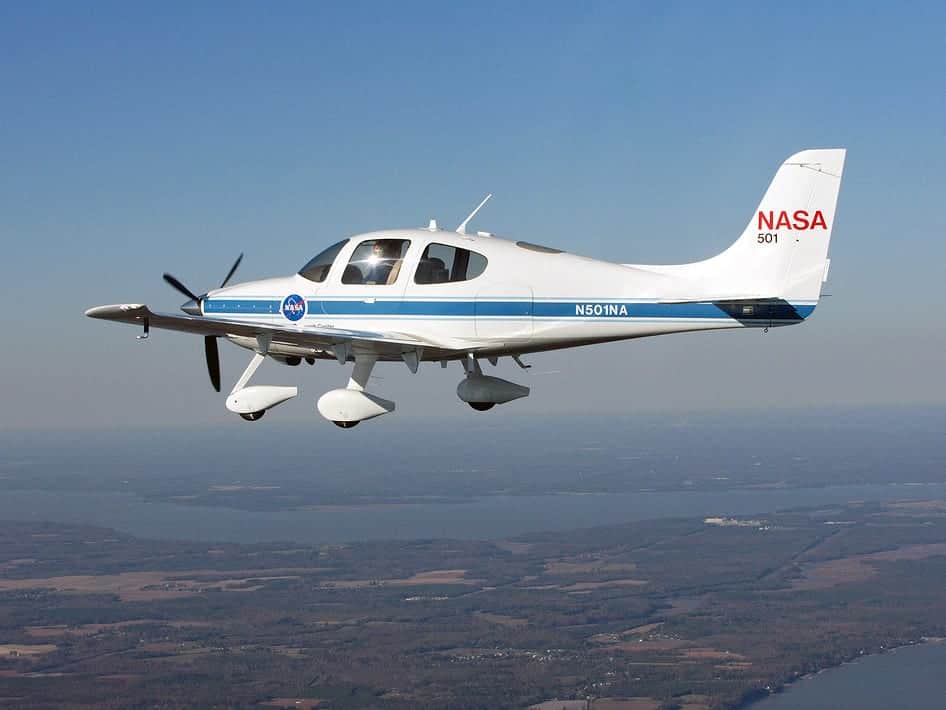 A joint team of government, a not-for-profit research and development organization and academia has completed two weeks of flight testing “sense and avoid” technology that could some day help unmanned aircraft better integrate into the national air transportation system.

The MITRE Corporation and the University of North Dakota (UND) developed automatic sense and avoid computer software algorithms that were uploaded onto a NASA Langley Research Center general aviation aircraft. The NASA Langley Cirrus SR-22 flew 147 maneuvers during 39 hours of flight tests in airspace near the Grand Forks International Airport. A supporting UND aircraft flew more than 40 hours during the tests.

During the Limited Deployment – Cooperative Airspace Project (LD-CAP) flights the NASA aircraft demonstrated how technology onboard allowed it to sense and avoid the UND Cessna 172 “intruder” plane, flown by a university instructor pilot. The Cirrus, which has been developed as a testbed to assess and mimic unmanned aircraft systems, had a safety pilot in the cockpit, but researchers say computer programs developed by MITRE and UND automatically maneuvered the aircraft to avoid conflicts.

“This partnership has allowed us to address challenges from a national perspective,” said Frank Jones, NASA Langley LD-CAP deployment lead. “The strengths that NASA Langley, MITRE and UND brought here have enabled us to accomplish a lot in terms of how much data we have been able to collect.”

The data from this flight test will validate work done in simulation and help engineers determine how they can design systems so that unmanned aircraft can be safely incorporated into the skies. “One of the toughest obstacles to safe integration of unmanned aircraft into civilian airspace is the availability of technology to mitigate the lack of an on board pilot who can see and avoid,” said Andy Lacher, MITRE’s UAS Integration Lead. “This is a complex operational and technical challenge that requires significant research in the community to address. What we are doing here will help inform and future development of performance standards for sense and avoid.”

More than 100 leaders from academia, industry, government, the military and the general aviation community came to the Grand Forks Airport to observe the LD-CAP flight demonstration. Live, on a large screen, they saw how a remotely piloted aircraft, equipped with technology, such as satellite-based Automatic Dependent Surveillance-Broadcast ADS-B data-link tracking, could detect a plane in its vicinity then automatically be safely maneuvered away from any possible conflict.

Unmanned aircraft systems are growing in popularity and have many possible uses, including remote firefighting, search and rescue and surveillance. But their routine use in civil airspace creates technical, operational and policy challenges.

Organizers say sense and avoid technology is just one piece of the puzzle and that these initial flight tests further illustrate the complexity of incorporating remotely piloted aircraft into the national airspace. “We are dealing with a very complex problem that no one organization can solve on its own,” said Jones. “The door is open and now it is time to gather data and explore the potential solutions.”

Follow-on testing is expected to feature additional advanced software by MITRE and UND as well as sense and avoid software managed by a task automation framework developed by Draper Laboratory.