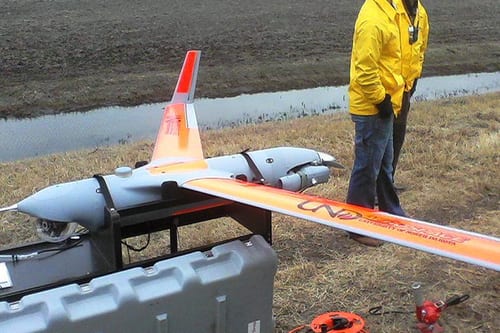 Dr. Mark Askelson with the Department of Atmospheric Sciences at UND says, “We’re doing this work so we can test it, gather real data about the viability of this approach so that we can inform decision makers so that they can make informed decisions down the road regarding unmanned aircraft and integration in the national airspace.”

The on-board automatic sense-and-avoid capability will be demonstrated during a test flight on September 20th. The research flight test will feature a specially equipped NASA Langley Research Center Cirrus SR-22 that will serve as a surrogate UAS. The surrogate UAS will automatically maneuver using Automatic Dependent Surveillance Broadcast (ADS-B) data and software algorithms developed by The MITRE Corporation and UND. A UND Cessna 172 will act as an intruder aircraft.