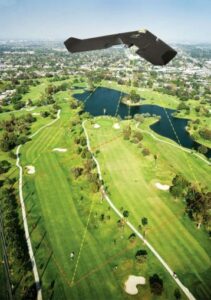 There is a growing chorus of concern regarding the privacy and security implications of integrating unmanned aircraft systems (UASs) that federal agencies should address or risk delaying the technology’s integration into the national airspace over the next five years, the Government Accountability Office (GAO) said in a report released Friday.

More popularly known as drones, some critics argue UAVs threaten American civil liberties and privacy rights. “Concerns include the potential for increased amounts of government surveillance using technologies placed on UAS, the collection and use of such data, and potential violations of constitutional Fourth Amendment protections against unreasonable search and seizure,” the GAO reported.

Citing a June poll conducted by Monmouth University, the GAO highlighted the American public’s comfort level with drones. The poll found that 42 percent of those surveyed were very concerned about their own privacy if U.S. law enforcement began to use drones in their operations. Only 15 percent said they had no concerns. The poll also discovered that support for drones hinges on what they’re used for. Eighty percent were in favor of using drones for search and rescue operations while 67 percent opposed police using drones to issue speeding tickets.

Despite these concerns and legislative proposals, the GAO found that no federal agency “has been statutorily designated with specific responsibility to regulate privacy matters relating to UAS for the entire federal government.” The Federal Aviation Administration, which is tasked with safely integrating UASs into the national airspace, said privacy issues regarding UASs are outside its mission.

Some critics seem to agree, arguing that the Departments of Homeland Security (DHS) and Justice (DOJ) are more appropriate agencies to regulate privacy and civil liberties issues relating to drone use since these issues stem from their law enforcement and surveillance missions.

Other concerns surround the ability of hackers to jam UAS’s GPS systems, increasingly the chance the flying robot crashes, as well as spoof, or counterfeit, the legitimate GPS signal and commandeer the drone. The latter scenario was proven in June when researchers at the University of Texas at Austin demonstrated to DHS how hackers could spoof a UAV’s unencrypted GPS signal, take control of it, and crash it.

Other worries surround terrorists or other adversaries weaponizing civilian UAVs and mounting attacks with them. Inside the report, the watchdog organization mentions Rezwan Ferdaus’s plot to weaponize remote-controlled airplanes and fly them into the Pentagon and the U.S. Capitol to illustrate the risk.

UAS stakeholders should address these concerns sooner rather than later, the GAO says. “Not working to proactively address security and privacy concerns could lead to further delays in the integration of UAS into the national airspace system,” the report concludes.
Under the FAA Modernization and Reform Act of 2012, the FAA must safely integrate UAVs into the national airspace by the end of September 2015. According to the GAO, the global market for UAVs has been estimated at $89.1 billion over the next decade.