UAVs could be a vector for cooperation among Britain, France and Germany, as Paris looks to maintain UAV capabilities and relaunch a European defense initiative.

French Defense Minister Jean-Yves Le Drian, when asked Sept. 10 during a two-day conference dubbed Summer Defense University whether there is a link between acquiring an intermediate medium-altitude long-endurance (MALE) UAV and ambitions to boost European defense, said “there could be.”

In the short term, France is looking to acquire a MALE UAV to replace its Harfang air vehicle, and it also signed up with Britain to build a new-generation MALE UAV and an unmanned combat air vehicle (UCAV) for the next decade. 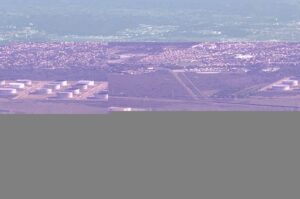 France is looking to acquire a MALE UAV to replace its Harfang air vehicle, pictured

On the intermediate MALE UAV, Le Drian said, “I note there are large reservations on the cost and efficiency on the one initially engaged. I am looking at another solution, but not alone.”

That sounded like Dassault’s offer of the Israel Aerospace Industries’ Heron TP, renamed Voltigeur — or tightrope walker — was headed for the back of the filing cabinet.

Le Drian declined to give details other than to say France is looking with “another country” for the intermediate MALE UAV.

EADS has offered a modified General Atomics Reaper and an upgraded Harfang for the intermediate solution.

In the French view, nations that were skeptical are slowly accepting that European defense cooperation is inescapable.

A perception of new threats, a new strategic landscape, financial crisis, the Arab revolution and the U.S. pivot to the Asia/Pacific are all factors persuading Euro-skeptics to accept the argument for greater cross-border collaboration.

The French approach to cooperation will be pragmatic, built on concrete actions, not declarations or architecture.

Cooperation will take into account Paris’ commitments under the 2010 Lancaster House defense treaty with London, and apply to projects based on capabilities or operations.

That pragmatic approach means only two or three partner countries, such as Germany, will be involved.

It is against this cross-border cooperative backdrop that France is acquiring its intermediate MALE UAV, and with Britain will develop and build the new-generation MALE UAV and UCAV.

Two days after Le Drian’s remarks, France and Germany signed up to work together on a MALE UAV.

“In the MALE-UAS [unmanned aerial system] domain, France and Germany have agreed on a common set of key operational requirements for a possible European solution,” the French Defense Ministry said in a Sept. 12 statement.

“Through this agreement, France and Germany are in the position to foster cooperation for the realization of a MALE UAS. In addition, the possibility of an operational cooperation as a bridging phase will be assessed,” the statement said.

The work with Germany would be “fully consistent” with French undertakings in the Lancaster House treaty, which includes cooperation on a new MALE UAV, the ministry said.

The agreement appears to bring Germany into the Anglo-French plan to acquire the new generation MALE UAV, an industry executive said.

Dassault and BAE Systems had offered the Telemos air vehicle for the new MALE UAV, while EADS had argued for a place at the top table to avoid being left behind.

It remains to be seen how the Telemos project will fit into the Franco-German UAV cooperation accord and into the announcement that BAE and EADS are in merger talks.

“France and Germany have the objective to deepen the possibilities of European cooperation,” the ministry statement said.

For Britain, the next-generation UAV is an area for European cooperation, the British ambassador to France, Sir Peter Ricketts, said Sept. 11 at the defense conference.

“If we are going to have a product in 20 years where Europe can offer something which is competitive with anything the Americans can offer, it is going to be in the area of the unmanned air vehicle, the UCAV,” Ricketts said Sept. 11 at a plenary session of the conference.

“The UCAV is virgin territory,” he said. “Dassault, BAE, a number of other companies are working together. If we can get a single European product, an unmanned pilotless vehicle for the future … it will be a world-beating opportunity. Instead of having a Eurofighter and Rafale in competition, in 20 years’ time we will have one European product.

“That is a really exciting vision for the future and one where we can take something to the U.S. and say we have world-beating equipment,” Ricketts said.

For the U.K., given budgetary constraints, it is essential to develop capabilities when possible with partners, Ricketts said.

“Experience shows programs work better when they are launched by two countries — to be simple and clear — and others can join later,” he said.

For industry, a specialization of competencies based on centers of excellence is the next step in European consolidation, with a planned Anglo-French anti-ship missile seen as a potential model, MBDA Chief Executive Antoine Bouvier said Sept. 10.

“Specialization is the next step,” Bouvier said at the defense conference.

Under the “One MBDA” reorganization, four centers of excellence have been identified: onboard computer, data link, actuators for moving missile fins and test bench.

The centers of excellence would be set up with the launch of a new program, namely the Future Anti-Surface Guided Weapon (Heavy) helicopter-borne missile.

Britain views the anti-ship missile as an urgent need, but France has yet to decide to launch the program, an industry executive said. MBDA is waiting for the program to put into effect its internal restructuring.

“Armaments cooperation is not an end in itself,” a German defense official said at the conference. “It is an essential cornerstone for creating or shaping future international armament policy.

“In order to remain successful, the European defense industry will have to adapt to meet the future challenges by consolidation and restructuring to the same degree as any military in Europe already does.”

This year’s event was the 10th Summer Defense University. It is organized by consultancy Compagnie Européenne d’Intelligence Stratégique for the defense committees of the French National Assembly and Senate.