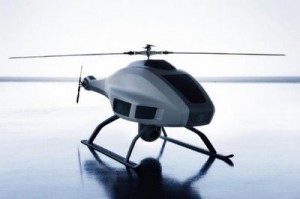 Defence and security company Saab recently performed a unique live demonstration of how the Skeldar system operates together with other tactical systems – adding a link in the sensor-to-shooter loop. The demonstration took place at the Swedish Armed Forces Ground Combat Days in southern Sweden.

The ability to be rapidly tasked and dynamically re-tasked during flight is one of the key capabilities in the concept of operation (CONOPS) for the Skeldar UAS. This ability depends not only on Skeldar’s VTOL capabilities, but also on the capability to deliver near real-time information and visualisation of the battle space, i.e. adding a link in the sensor-to-shooter loop.

“It is critical for a battlefield commander to easily integrate the capabilities of a system like Skeldar with those of other combat units,” says Håkan Ekström, Director of Marketing at Saab’s business area Aeronautics.

Saab has integrated the Skeldar UAS with a Battle Management System, BMS, enabling the exchange of target data and other tactical information. This exchange allows all units using the BMS to request and use information from the Skeldar UAS.

This integration between Skeldar and 9LAND BMS was recently displayed during a live demonstration at the Swedish Armed Forces Ground Combat Days in southern Sweden, where Skeldar flew a mission to deliver tactical information trough the 9LAND BMS to troops engaged in a combat mission.

During the live demonstration, the information from Skeldar’s on-board sensors was sent through 9Land BMS to the vehicle, which was equipped with the remotely operated stabilised weapon platform, Trackfire. The vehicle commander could then assist his gunner, slew to cue, via the tactical command and control system and the gunner was able to eliminate the target.

“Through the integration of Skeldar with other combat systems, we where able to demonstrate a combined arms capability providing troops with correct real-time information,” says Håkan Ekström.

The technical aspects of the integration features a solution where the Ground Control Station of the Skeldar UAS is connected to the 9LAND BMS through an open integration platform, Safir SDK™, designed to facilitate easy and swift integration of other systems and sensors.