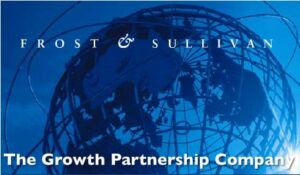 The unmanned aerial systems (UAS) market accounted for $5.25 billion of the U.S. Department of Defense’s (DoD’s) budget in 2010, with the Air Force emerging as the highest spender among all U.S. military services. Most of the $2.42 billion the Air Force has earmarked for UAS spending in 2012 is for the procurement of the MQ-9 Predator.

According to the 2010 Quadrennial Defense Review (QDR), U.S. forces will need to continue improving intelligence, surveillance and reconnaissance (ISR) capabilities and defenses to counter non-state actors that have access to advanced technologies and information operations. UASs will be central to this effort.

“Current ground wars and nation-building activities in countries such as Iraq, Afghanistan, Libya and Yemen drive the need for UAS resources and their diverse mission capabilities,” said Frost & Sullivan Senior Industry Analyst Michael Blades. “Even the current troop withdrawal from Iraq may not significantly reduce the UAS requirement, as military and political leaders recognize the deterrent effect of unmanned platforms.”

Despite their utility, UASs have unresolved technical issues relating to data transfer, such as communications security, spectrum management and bandwidth usage. DoD UAS platforms have to encrypt and transmit or receive data across dedicated frequency spectrums to minimize cross-channel interference.

Technical challenges arise when marrying size, weight and power (SWaP) requirements to frequency bands, as both affect the range and bandwidth capabilities of communications between ISR platforms and their end users.

“Companies that can create and manufacture modular, multi-mission, SWaP-efficient UAS sensors and subsystems will remain competitive,” said Blades. “Small UAS companies will need partnerships with larger companies, exposure to DoD contracts, or unique technologies to survive until the Federal Aviation Administration (FAA) irons out rules and regulations for UAS operation in the National Airspace System (NAS).”