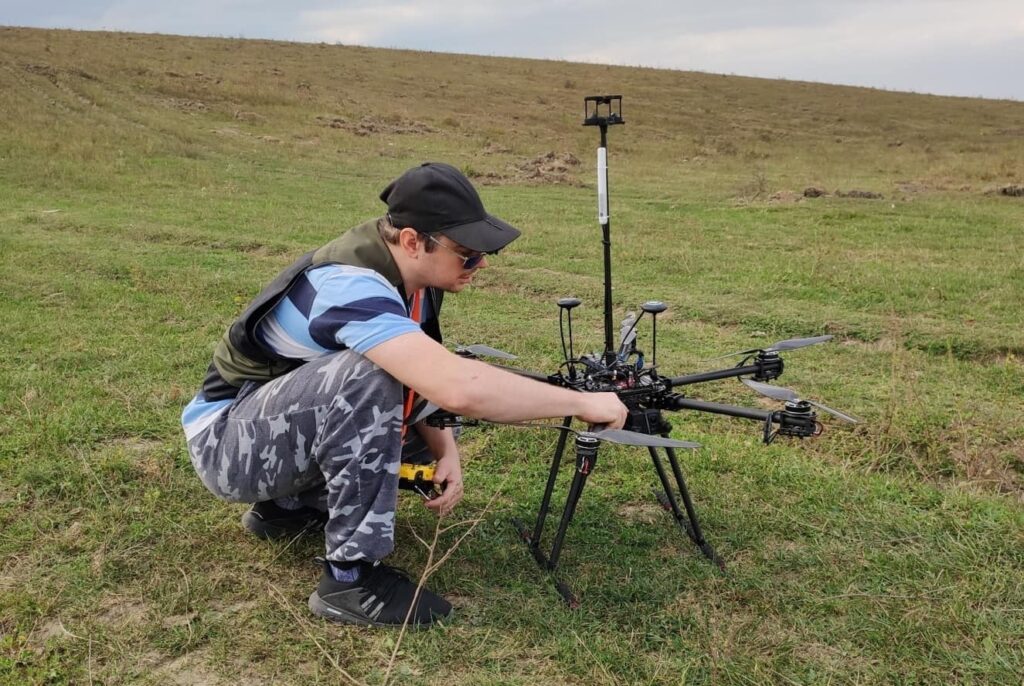 Anemoment has released the following case study detailing the use of the company’s TriSonica Mini wind and weather sensor on board an unmanned aerial vehicle (UAV) developed by the Hail Suppression Research Center (HSRC) ANTIGRAD. The specially-developed drone is being used to measure atmospheric characteristics in the boundary layer in the mountainous areas on the Eastern side of United Arab Emirates, one to two kilometers above the surface, to aid ANTIGRAD’s research into artificial rain enhancement.

From their facilities in the North Caucasian District of Russia, Hail Suppression Research Center (HSRC) ANTIGRAD has researched the science of weather modification for nearly three decades. As their name implies, hail suppression is central to their studies, but their research includes a broad spectrum of weather modification studies including fog mitigation, spring frost mitigation, and most recently artificial rain enhancement.

“Our emphasis is on boundary layer and atmospheric surface layer research,” said Dr. Ali M. Abshaev, Associate Professor, HSRC ANTIGRAD. “A lot of physical processes come from the boundary layer, for example thermal convection starts from the boundary layer. We are going to investigate the convection process in the mountainous area on the Eastern side of United Arab Emirates (UAE), near the border with Oman. It’s an area where convergence zones and convective clouds most frequently originate.”

Abshaev serves as the principal investigator for ANTIGRAD’s research project funded by the National Center of Meteorology (NCM), Abu Dhabi, UAE, under the UAE Research Program for Rain Enhancement Science (UAEREP). They are in the final year of a three-year project based in the UAE. UAEREP is a global research initiative of the UAE Ministry of Presidential Affairs, under the management of the National Centre of Meteorology as part of its mission to support research in weather modification. Abshaev’s project was one of nine awarded funding in the field of rain enhancement during three cycles of the Program.

Research conducted by the United Nations indicates that half of the world’s population could be faced with high water stress by 2030. For arid and semi-arid regions like the UAE, rain enhancement could offer a cost-effective supplement to existing water supplies. The UAE Research Program for Rain Enhancement Science is helping to promote innovation for the benefit of future generations at risk of water shortages.

Abshaev’s goal is to find a practical solution for making artificial clouds. Key to his strategy is understanding and measuring wind and temperature-humidity stratification, since these atmospheric characteristics play a major role in artificial convection. Through lab studies and field research, Abshaev’s team will test their theory and come to the conclusion that this is an effective way to generate artificial clouds or admit that their approach is flawed and unlikely to succeed.

In order to capture relevant atmospheric data in-situ, Abshaev and his team of engineers designed a small weather drone. The drone is tasked with measuring atmospheric characteristics in the boundary layer one to two kilometers above the surface. They will measure characteristics like temperature, humidity, wind speed, direction and moisture content. Critical to their success was identifying the optimal set of sensors for their experiments.

“To make good science, you need to start with good instruments,” summarizes Abshaev. “We also use theoretical models and perform simulations on a supercomputer, but the physical instruments remain a major part of our research.”

Their search for sensors best suited for drone deployment was quite extensive. They assessed sensors from manufacturers throughout Europe, China, and the United States. They were looking for sensors with specific characteristics, like size, weight, performance, accuracy, power requirements, and interface. As a result of this exhaustive search, they discovered an ultrasonic anemometer from the U.S. that was optimized for drone deployment (extremely small and lightweight) and appeared to be quite advanced compared to other sensors they found. The device, the TriSonica Mini Wind and Weather Sensor from Anemoment, LLC, provides users three-dimensional wind data, temperature, humidity, and pressure readings. “This enables us to capture accurate information in a very compact and light form factor which is extremely important for use on small drones,” Abshaev said. “The device proved to be very easy to integrate on our UAV platform, which was a pleasant surprise.”

Abshaev and his team relied on numerical and computational fluid dynamic simulations to determine optimal sensor placement on the drone. As a result, the temperature, humidity, and pressure sensor, as well as the ultrasonic anemometer were attached to a half meter vertical mast centrally located above the drone. “We chose this configuration as this zone is less affected by the propeller’s force,” says Abshaev. “We determined this is the optimal zone for placement the sensors. We secured the temperature sensors near a wind sensor, while the aerosol sensors are on the platform as we believe the propeller force will not affect those sensor’s readings.”

The team at ANTIGRAD conducted several flight tests, up to one kilometer above the surface, and reported that the system performed extremely well. Abshaev added, “The TriSonica Mini wind sensor provided all the essential data we required. We also developed an application to easily process the data captured. Our operators simply need to extract the flash stick from the drone upon landing to look at the data on the computer screen. So far, everything works exactly as we expected.”ANTIGRAD has shipped two similarly configured weather drones to UAE in advance of their upcoming field trials scheduled for the first quarter of 2021.

Initial use of the weather drones in UAE will be vertical in nature—ascending and descending—to determine if existing temperature stratification is adequate. If Abshaev and his team determine that the atmosphere is a bit unstable they will introduce additional vertical wind in an attempt to trigger artificial convention. For this purpose, they rely on a surplus turbojet engine—a jet engine with a vertical-directed output. An unconventional approach, but one that Abshaev is confident will succeed.

“We have proposed three different approaches,” says Abshaev. “Our current strategy appears to be most optimal in our opinion. Our goal is to be able to initiate artificial convection, which would lead to the development of artificial clouds. This is something that we are not currently able to do, but feel is feasible.”

This story is based on a long-term project supported by the National Center of Meteorology (NCM), Abu Dhabi, UAE, under the UAE Research Program for Rain Enhancement Science (UAEREP) – project APPREP-2017-02120 (by Hail Suppression Research Center ANTIGRAD)