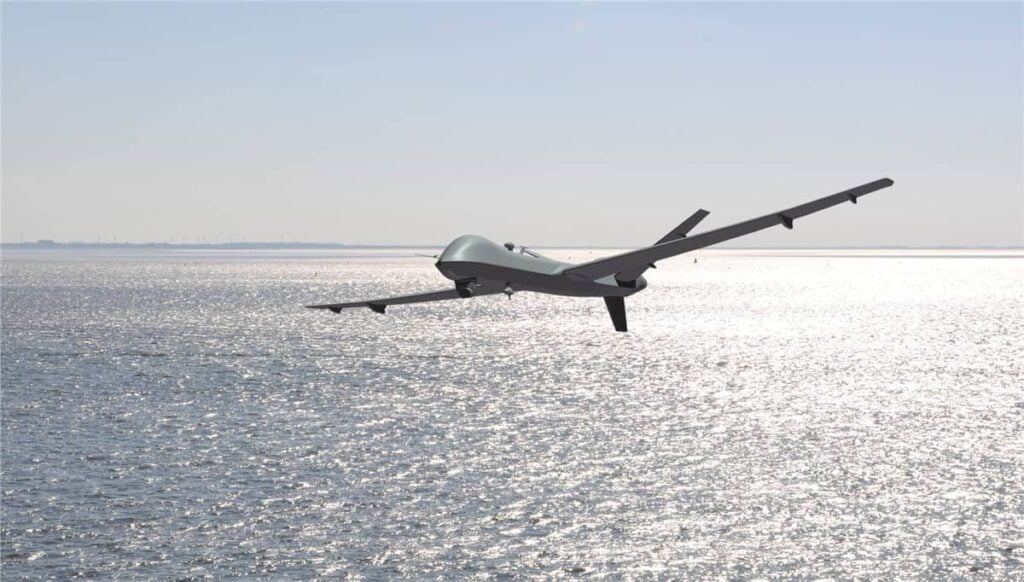 The Netherlands Aerospace Centre (NLR) and Information Systems Delft (ISD) are performing a multi-year study for General Atomics Aeronautical Systems, Inc. (GA-ASI) in order to develop the procedures needed to safely and efficiently integrate Medium Altitude, Long Endurance (MALE) unmanned aerial vehicles (UAVs) into European airspace. The partnership has recently completed a large-scale simulation experiment to test the application of a GA-ASI Detect and Avoid System in the European context. GA-ASI’s MQ-9B SkyGuardian is also being used as an example platform for this study.

Enabling MALE UAVs to operate on a file-and-fly basis like commercial airliners would unlock numerous civilian applications, including infrastructure inspection, search and rescue operations and quick mapping of events such as natural disasters. In order to develop and validate the required procedures for the real-life tests, NLR is using two simulators, the NLR ATM Research Simulator (NARSIM) and the NLR Multi Unmanned aerial system Supervision Testbed (MUST). NARSIM simulates air traffic and provides working positions for air traffic controllers and aircraft pilots. MUST functions as the UAV simulator and as the ground control station the remote pilot uses to fly the unmanned aircraft. The combination of these two simulators is referred to as the MALE RPAS Real-Time Simulation Facility (MRRF).

NLR recently performed an experiment to investigate the procedures needed to use the “remain well clear” functionality of GA-ASI’s DAA System in European airspace. This functionality enables UAV pilots to maintain a sufficiently safe distance from other traffic. The experiment involved real air traffic controllers, as well as a licensed airliner and UAV pilots. The MRFF simulation was equipped with GA-ASI’s Conflict Prediction and Display System (CPDS), which integrates DAA and TCAS (Traffic Collision Avoidance System) functionality, and is designed to meet the latest technical standards prescribed by RTCA for these technologies. The results from the simulation will be fed back to regulators and standardisation bodies on both sides of the Atlantic to accelerate the integration of MALE RPAS.

The future focus of the research will be to consider the potential interactions between the remain well clear and the collision avoidance safety layers of DAA. The next batch of simulations will also demonstrate the use of the DAA traffic display to allow the remote pilot to perform the equivalent of Visual Separation procedures. This is expected to make it easier for air traffic controllers to manage RPAS with other traffic in the landing pattern.

Dr. ir. Emmanuel Sunil, R&D engineer and project manager at NLR, commented: “The experiment considered a number of conflict scenarios in both controlled and uncontrolled airspace classes. We also considered conflicts in the Terminal Maneuvering Area (TMA), and we are one of the first in the world to test the new DAA TMA Alert (DTA) functionality specified in the RTCA DO365B technical standard using a large-scale simulation with real controllers and pilots.”

“The actual aircraft is expected to be integrated into European airspace within the next 5-10 years depending on when the required regulations are adopted here. But it would be great if we can speedup this timeframe with evidence from our studies.”