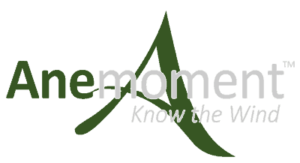 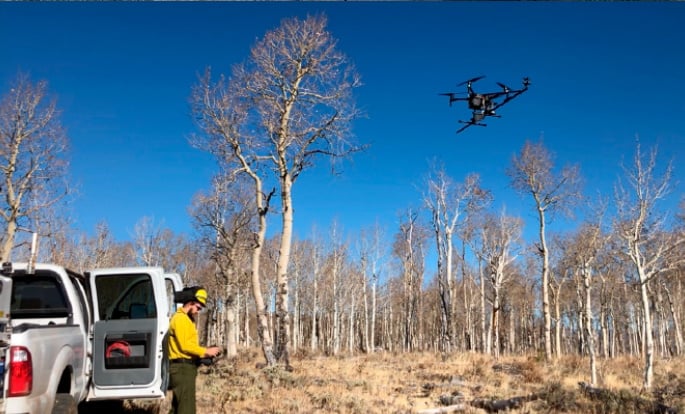 Wildfires can be both erratic and destructive. In September 2020 alone, over 3,544,030 acres burned as a result of wildfires in the U.S. These fires release large amounts of carbon dioxide, black carbon, and brown carbon into the atmosphere, affecting climate on regional and even global scales. The resulting pollutants can lead to harmful exposures to first responders and local residents. Understanding how the atmosphere influences wildfire behavior as well as how those fires influence the atmosphere is at the heart of the Fire Weather Research Laboratory at San Jose State University.

“One thing that we know about fire behavior—and most people neglect this—is that the vertical profile in the wind has been shown to cause erratic fire behavior,” says Craig Clements, Ph.D., Professor, Fire Research Laboratory, Wildfire Interdisciplinary Research Center, San Jose State University. “If it’s got a strong wind shear — when you’ve got wind blowing at the surface in one direction and you have wind going above that layer in the opposite direction — you can get erratic fire behavior.”

Traditionally, fire researchers have relied upon towers or tethersondes to capture vertical wind profiles. Yet in the ever-fluid wildfire environment, erecting a tower or transporting and deploying a balloon in close proximity to the fire front is not a realistic option.

“Balloons can be very effective at giving us temperature and wind profiles,” Clements adds. “But balloons are cumbersome because you’re dealing with the balloon, helium, a tether line, a winch, all so that you can put a balloon up in the atmosphere with a sensor package on it. While this is how we conducted repetitive wind profiles in the past, it just doesn’t work in an active fire zone. Unmanned aircraft systems are proving to be a reliable and easily deployable research platform for scientists conducting meteorological profiling in a fire environment. They have demonstrated themselves to be both economical and effective.”

Under the direction of Dr. Clements, the Fire Weather Research Laboratory has been conducting meteorological profiling of wildfires using UAS. Their research has demonstrated that a UAS equipped with a sonic anemometer is effective for taking vertical profiles of atmospheric variables, while also being used in place of meteorological tower measurements for sampling the fire environment.

Assisting Dr. Clements in this research was Matthew Brewer, a Graduate Research Assistant in the Fire Weather Research Laboratory. Brewer proved to be a critical asset as he piloted the UAS for this series of wildfire studies. “I’ve always thought that there’s a good fit for UAS in atmospheric science, especially for high resolution sampling,” says Brewer. “That belief and my interests in things like fire weather and downslope windstorms really aligned with what Dr. Clements’ research goals were. That’s what brought me to San Jose State and it proved to be a really unique opportunity that I wouldn’t have had any other place.”

The DJI M200 quadcopter is a commercial, off-the-shelf platform chosen for its ease of use combined with obstacle avoidance measures and ease of maintenance. The sensor package selected records three components of wind speed (u, v, w), wind direction, sonic temperature, humidity, pressure, magnetic heading, pitch and roll rates up to 5 Hz.

Clements adds, “This sensor is ideal for the UAS due to the output of magnetic heading and accelerometer corrections, as well as its small mass of only 50 grams. The really cool thing about the TriSonica Mini is it autocorrects; it has got an inertial measurement unit (IMU) so it automatically corrects for pitch and roll. That’s huge!”

Placement of the sensor was critical. Too close to the rotors and the resulting rotor wash could compromise the resulting data. The team saw pictures on the Anemoment web site of an octocopter flown by researchers from the U.S. Naval Academy and George Washington University where the sensors were mounted to a boom extending off to the side of the UAS platform. Leveraging this design, the team began to test placement options in an effort to minimize any bias caused by the rotors.

“Our decision to place the sensors off to the side was driven in part by our desire to obtain vertical velocities,” clarifies Clements. “The whole point to deploying a 3D sonic anemometer is to take advantage of the capabilities of the device for micrometeorology, where you really want to get tangential (W) velocities, and we determined the optimal placement then was on a boom below the vehicle.”

Placing the sensors off to the side of the quadcopter offered another benefit in that the platform can be rotated into the wind so that rotors are downwind of the sensor for even cleaner readings.

After several tests, the team placed the sensors approximately 55 cm (two-times prop width) from the body of the UAS as anything further than this caused the platform to be unstable. They then elected to install Anemoment’s data logger to the top of the UAS powered by a 5V USB port integrated into the M200.

The accuracy and biases of the Anemoment system were evaluated over several flights next to a R.M. Young (RMY) 81,000 3D sonic anemometer, with the resulting data logged using a Campbell Scientific CR1000 data logger. Clements notes, “In low-wind speed tests, the UAS platform performed exceptionally well when compared to the RMY, with no clear bias.” Their tests showed that in moderate-wind comparisons that there was an overall positive bias of ~0.5 ms-1 in the UAS-measured wind speeds, compared to the RMY tower- mounted measurements. Clements was quick to clarify that this bias is not constant, with periods when UAS wind speeds were 1 ms-1 less than tower wind speeds. Their research demonstrated that when the anemometers were mounted next to each other, the TriSonica Mini sonic anemometer had a low bias compared to the RMY and can accurately measure temperature compared to the RMY.

When asked about the TriSonica Mini, Dr. Clements was quick to add, “It’s really inexpensive. Not poorly made, but well priced, accurate and easy to integrate into a UAS or tower platform. And really once I learned that Steve Osborn (Chief Technology Officer for Anemoment) was the designer of my favorite sonic anemometer at ATI, which I still use and I’m buying two more SX probes, I was like, ‘Oh, cool.’ The science behind the TriSonica Mini is the same as with all the ATI sonics, that I just think are the best sonics out there. That was important for me as well.”

Leveraging controlled and test burns, as well as data captured in experimental settings, Dr. Clements and his team were able to measure the meteorology and turbulence associated with a fire front. This research provides a high-quality dataset for understanding fire behavior, including rate of fire spread and smoke transport. Their studies found that not only was the use of UAS at a controlled wildland fire was feasible, it laid the groundwork for additional UAS usage at large wildland fires.

Their research demonstrated that “The use of UAS at wildland fires could be an improvement to the instrumentation currently available for monitoring the fire environment.” Data captured can be used to calculate various fire-weather indices, so as to provide fire behavior and smoke dispersion guidance. They demonstrated that their UAS platform was able to perform high-resolution soundings, revealing small scale temperature and wind structures—observations that may be missed or smoothed by radiosondes due to their faster ascent rate.

“The UAS enables us to see the evolution of the wind field really close to the fire front,” says Brewer. “This is something you can’t normally get without completely destroying a bunch of instruments. The UAS allows us to get a lot of samples of how the wind and the temperature are affected by the passing of a fire front, and then because it’s a mobile platform, you can repeat the process and get in front of the fire front, let the fire burn pass, collect the data, and then fly out and around and do it again and again. This mobile platform lets us obtain multiple observations along the fire front as it progresses, something you can’t get with a single observation.”

While the current UAS system is effective for atmospheric soundings and weather station-like observations, providing wind speed and temperature readings with accuracy of ±1 ms-1 and 0.5° C, Clements is quick to point out, “With errors (of 1 ms-1 or more) being common with this platform, it may be difficult to determine if changes in the winds are caused by fire-induced circulations, or are errors introduced by the prop wash, blockage, or movement of the platform.” Clements and his team remain optimistic that continued research will further demonstrate the UAS to be a feasible option for quantifying fire weather conditions during wildfire events, in addition to being used for fire-atmosphere interactions research.

“Currently, we’re the only meteorological team in the US that can deploy to active wildfires,” Clements said. “We’re listed as a national resource, so we can be called upon at any time. I envision one day that we would deploy all of our assets: our two trucks (one with the radar, one with the LIDAR), our weather balloon system, our surface weather system, and our drones to compile a complete picture of the wildfire environment.”