Key Trends for Drones in the Agricultural Sector 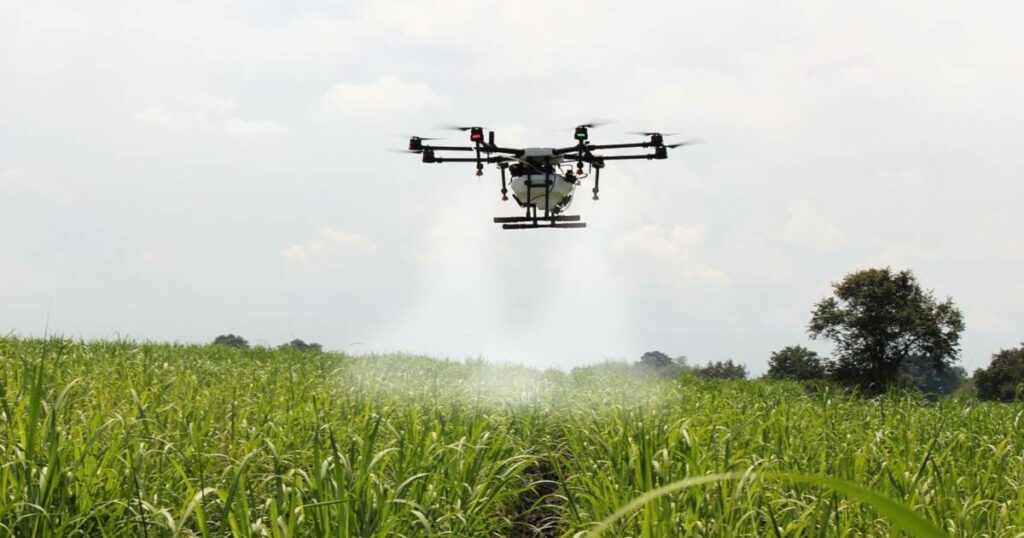 SOARIZON has released the following article that outlines key trends for UAV (unmanned aerial vehicle) usage in agriculture. SOARIZON is a state-of-the-art drone operational management solution that provides all the necessary tools and processes for drone pilots and organisations of any size in a single secure and dynamic workflow.

Drones are increasingly being used in the agricultural sector to help reduce error by providing more accurate data and facilitating a quicker response to adverse weather conditions and disasters, such as floods or droughts. Drones can be used in various aspects of agricultural work, including seeding, livestock, spraying, maintaining insecticide and pesticide levels, and monitoring irrigation systems.

The benefits of drones in agriculture are numerous. In fact, from an economic point of view drones are set to add £42 bn to British GDP by 2030, according to PwC, with agriculture set to be one of the main beneficiaries.

Below are five of the key trends for drones in the agricultural sector.

1. Growth of agricultural drone use

As with many other sectors, the growth in drone use in the agricultural sector is only set to increase. A recent Markets and Markets report predicted that the use of UAS technology within the agricultural sector will reach a global market value of around $5.7 billion by 2025. This growth is largely driven by a combination of a rapidly increasing global population, combined with further technological development of UAVs.

Agriculture has been seen to be one of the main sectors to both adopt and benefit from UAS capabilities, due to the immense versatility of use cases, alongside cost and time saving potential. It is for this reason that in the UK, agricultural business are increasingly utilising UAS technology, forever changing the way that crops are grown and livestock is tended to.

2. Use cases for drones in agriculture continue to grow

It has been predicted that field mapping will use the largest share of drones for precision farming. Drones are able to monitor crop health in different types of soil, analyse this data, and predict potential yields. The use of drone technology therefore increases productivity and crop production in the agricultural sector, and due to precise GPS routes, it can also aid the distribution of fertiliser, fungicide and pesticides.

When it comes to pesticides, some drones are able to spray crops with more accuracy than a traditional tractor would. Not only does this reduce overall costs, it also means that workers and are less regularly exposed to chemicals. In the UK however, the use of drones to distribute pesticides is not currently permitted.

With North America’s increasingly high use of drones in agriculture, it is perhaps unsurprising that the continent will be at the forefront of the agricultural drone industry. Improving agricultural drone technology has now become part of its national strategy, particularly given the drop in TFP (Total Factor Productivity) in Asia, and the FAA’s (Federal Aviation Administration) allowing of drone adoption.

With a large viticulture (winegrowing) sector likely to benefit from an adoption of UAVs, Europe has been welcoming of drone technology and is predicted to continue its adoption of UAVs in agriculture.

In 2020 with the world amidst a global health crisis, the UK is increasingly facing a problem of sourcing labourers to pick fruit and vegetables. With the British government calling for help on the 2020 harvests, questions are being raised concerning how drones can be used to maximise agricultural efficiency.

Whilst UAS fruit picking technology is still in the early stages of development, there are some technology firms already trialling prototypes of drones which can pick hard fruit such as apples, apricots, peaches and pears. Although these capabilities may still be a long way off, there are many existing UAS use cases which are proving to be invaluable for the agricultural sector at this time, providing critical time and cost savings.

Agricultural drones increase productivity in various agricultural applications, including dairy farming, horticulture and tractors. They can be used for traditionally labour-intensive tasks such as planting, irrigating, and spraying, thus allowing workers to add value in other areas.

They also provide incredibly accurate real-time data to better analyse soil and crop growth, as well as inform fertilisation and irrigation. Drones can also differentiate between crops and weeds, even removing the weeds by passing this information to another unmanned vehicle on the ground. As drones occupy more physically demanding tasks, completing them faster, they allow for greater efficiency in several areas of agriculture, therefore generating a higher ROI for farmers.

Market forecasts suggest that drones will transform the agricultural sector over the next decade. Drones will continually be used to help feed the growing population, particularly with challenges such as climate change and extreme weather affecting the industry. The industry depends on technological innovation, for which drones can play a major role.