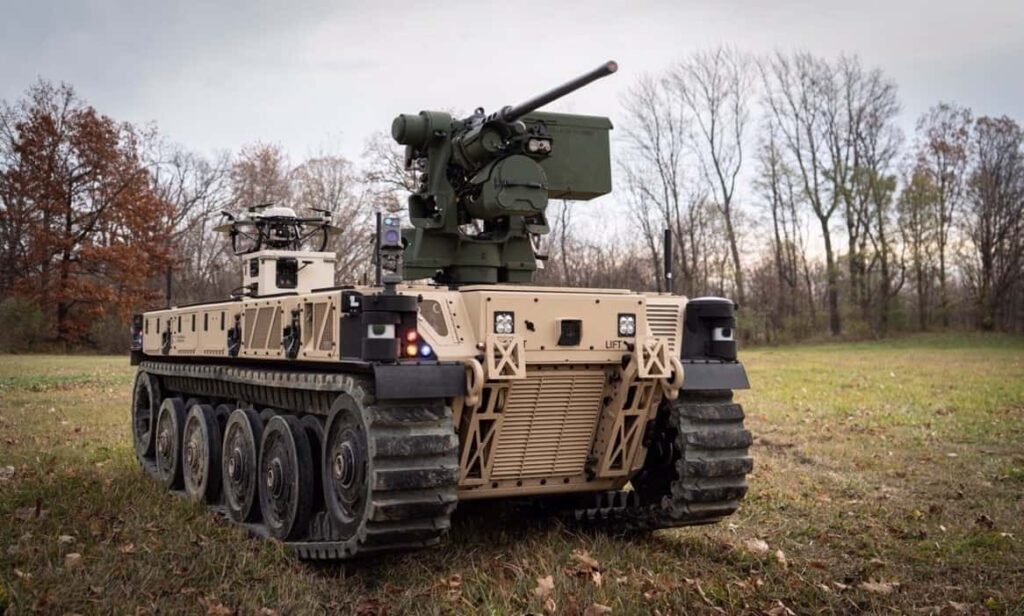 This vehicle is the first of four to be delivered following the award of the RCV-L Prototype Project to QinetiQ North America and eight months of work. The contract encompasses delivery and support of the four vehicles with procurement options for up to 16 additional RCV-L UGVs.

Michael Rose, Branch Chief for Robotic Combat Platforms at GVSC Ground Vehicle Robotics, commented: “The delivery of the first RCV-L is an exciting result of numerous government organizations and industry working together to achieve our first combat ready robotic vehicle. This unit is the first of four vehicles developed in support of the Manned-Unmanned Teaming (MUM-T) Soldier Operational Experiment, planned for 2022, and represents a significant milestone for the program. QinetiQ and Pratt Miller have successfully developed and delivered these systems within budget and on-schedule even in the face of the COVID-19 pandemic. The GVSC team now plans to add Autonomous Mobility as well as Government Furnished Software for the Tethered UAS Multi-Mission Payload and CROWS-J Lethality package.”

Laurent Lannibois, QinetiQ’s RCV Program Manager, said: “We are proud to deliver the first Robotic Combat Vehicle to the U.S. Army. This delivery will provide the Army with an unmanned vehicle ready for integration into ground combat operations. Our team’s ability to deliver this unparalleled and versatile capability on schedule while working through the unexpected challenges of the COVID-19 pandemic is commendable.”

Brig. Gen. Ross Coffman, director of the Army’s Next Generation Combat Vehicles Cross Functional Team, stated: “This is an important step forward for the RCV enterprise and, more importantly, for our Soldiers. We look forward to getting this prototype into the hands of our Soldiers and getting their feedback on how we can best utilize Robotic Combat Vehicles in defense of our great nation.”

Brian Barr, Pratt Miller Product Manager, said: “By building upon years of EMAV development, testing, and experimentation with the United States Marine Corps, we were able to provide the Army with a mature low-risk system that exceeds the objective level speed, maneuverability, and payload requirements in a single system configuration. The EMAV platform’s modular flat deck architecture has been integrated with over 20 payloads and exemplifies the flexibility required to address current and future threats.”