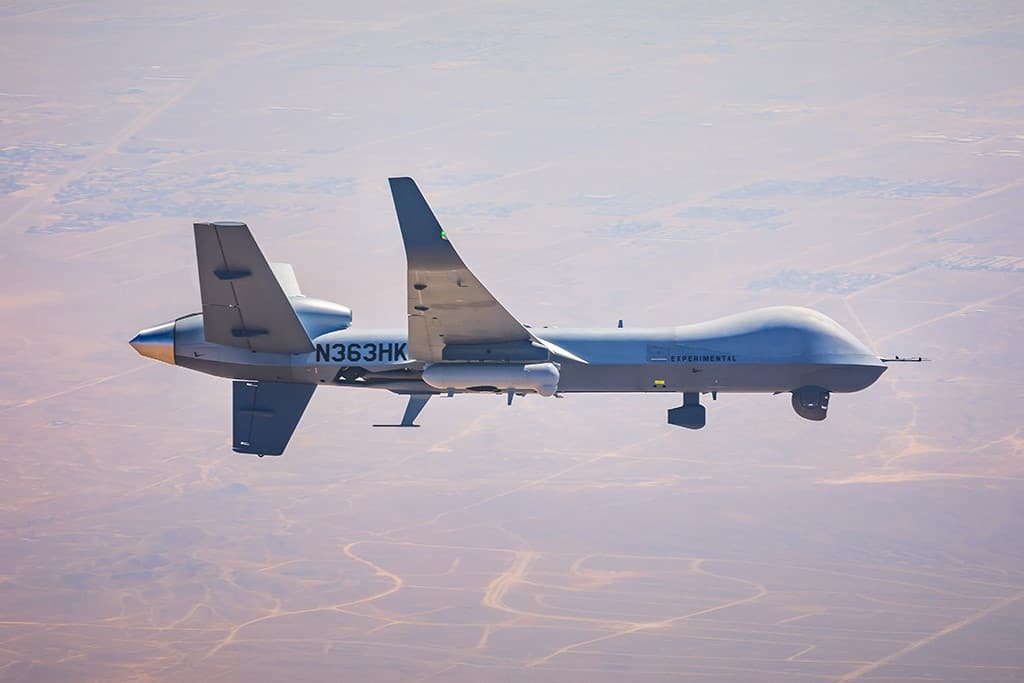 According to the ANG/AATC, a REAP-equipped MQ-9 relayed video received from a Coyote sUAS to a ground node at distances of over 110 miles, while simultaneously bridging voice communications over the MANET at extended distances.

The ANG and AATC are planning another flight test in the near future with the REAP pod. Additionally, a second REAP pod, due for completion in mid-2021, will encompass all of the functionality of the first plus 4G/LTE, the addition of which will add disaster relief operations as a capability to its existing military waveform relay and bridging capability. REAP-2 will be integrated into AFRL’s open architecture AgilePod16 variant, demonstrating GA-ASI’s continued commitment to widely adopting and proliferating Open Mission Systems (OMS) and open architecture.

David R. Alexander, president of GA-ASI, commented: “GA-ASI is really excited to showcase the communication capabilities of the REAP pod, which provides the backbone for warfighters to collaborate and share critical battlefield situational awareness. Our MQ-9, with its industry-leading persistent endurance, is the ideal platform for connecting sensors to shooters and realizing USAF’s Advanced Battle Management System (ABMS) vision.”

Maj. Curt Wilson, National Guard Bureau (NGB) A5 Branch Chief for Special Mission Aircraft, stated: “REAP far exceeded our expectations for a first flight and initial operational assessment. The REAP pod is the first step in a number of innovations that the NGB, Ultra and GA-ASI have pioneered to demonstrate near-term and affordable Joint All-Domain Command & Control (JADC2) capabilities on the MQ-9.”