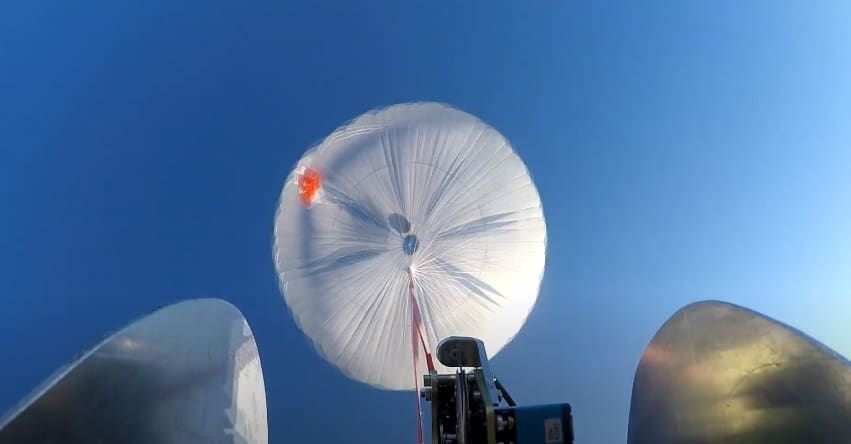 UAVOS has performed a successful test of the company’s new two-stage parachute system for unmanned aerial systems (UAS), designed to provide slow descent for drones travelling at high speeds. The system incorporates both a pilot chute, and the main chute used to slow and stabilize the aircraft.

The parachute system is designed for UAS with speeds of up to 280 mph (450 kph) and weighing up to 110 lb (50 kg). The pilot chute opens first, decreasing the aircraft’s load speed and allowing a safe and slow descent, before the main parachute is deployed at minimum altitude. After landing, the main parachute lines are automatically unfastened to collapse the canopy of the main chute and to avoid dragging the aircraft along the ground.

Aliaksei Stratsilatau, CEO and lead developer at UAVOS, commented: “In aircraft safety development, saving an entire aircraft through a deployable parachute system is a crucial thing. These trials have generated an amount of data which allows us to quantify the performance of the parachute system for future missions. Computer modelling cannot capture all the complexities. Parachutes encounter turbulent and dynamic airflow, which is almost impossible to replicate with computers. The only way to get a handle on all the possibilities is to test.”

Watch a video of the testing of UAVOS’ new UAS parachute system below: