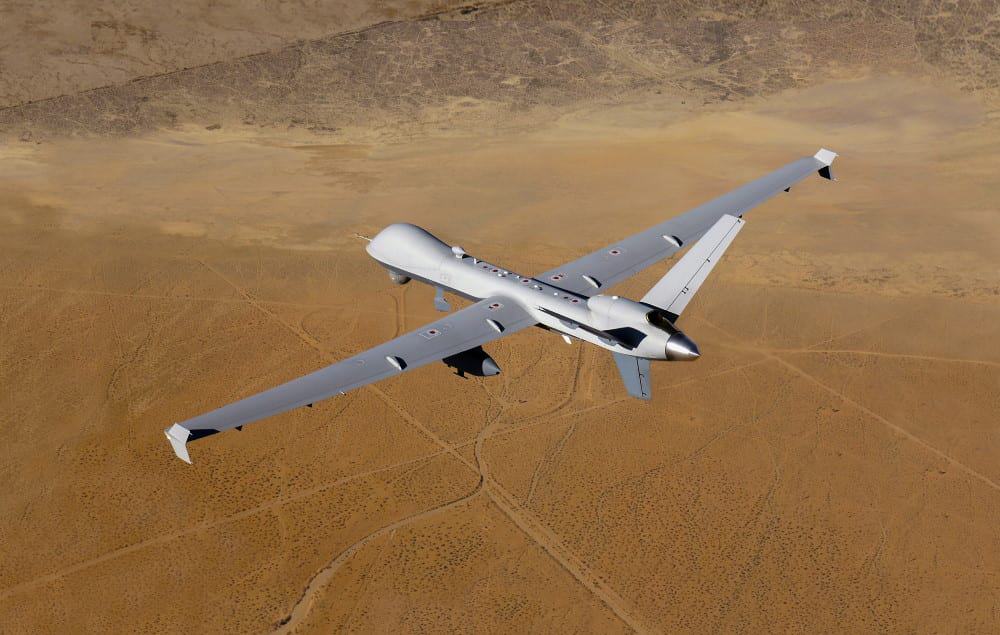 The unmanned aircraft, which to date has flown over 4,800 flight hours of direct support reconnaissance over a 12 month period, has also been serving as a proof of concept to help develop the Marine Air Ground Task Force (MAGTF) UAS Expeditionary (MUX) program while also meeting the 38th Commandant’s Planning Guidance to expand unmanned capabilities.

The VMU-1 squadron has been operating leased MQ-9A Reaper UAVs to provide persistent Intelligence, Surveillance, and Reconnaissance (ISR) capabilities in the Afghanistan theater.

“We congratulate the Officers and Marines of VMU-1 for their superb performance this year, winning the John I. Hudson Award as the Marine Unmanned Aircraft Squadron of the Year,” said David R Alexander, president, GA-ASI. “GA-ASI looks forward to working with VMU-1 as the USMC transitions its Company Owned/Company Operated (COCO) MQ-9A contract to a Government Owned/Government Operated (GOGO) contract in the coming year.”

The transition to GOGO fulfils requirements for USMC Group 5 (the largest UAS weight class) persistent ISR with strike capability, and initial operating capability is expected in 2020. The VMU-1 squadron will act as a test bed to provide vital information and develop tactics and techniques for the eventual fielding of MUX.