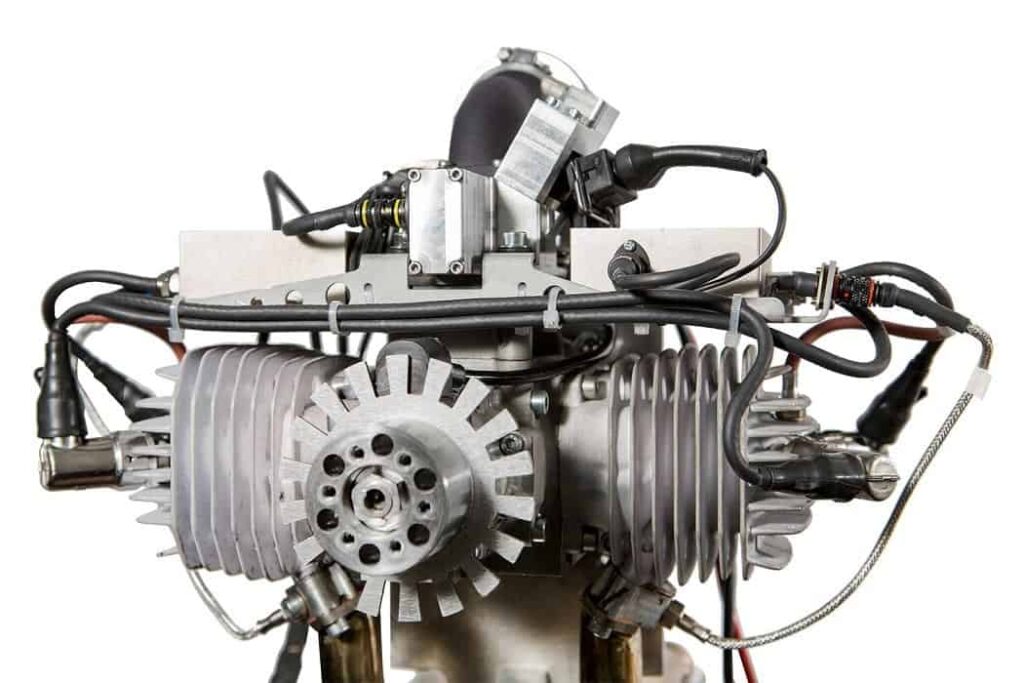 Sky Power GmbH has announced that it has optimized the design of its 110 ccm UAS (Unmanned Aerial System) engine, the SP-110 FI TS, providing a solution which focuses on performance, fuel optimization, ease of maintenance and space saving.

“Sky Power has dedicated itself to the development of high-performance engines based on 2-stroke and Wankel engine technology that are used in demanding UAS applications. For this reason, we have optimized the existing SP-110 FI TS yet again, in order to make it even more efficient for the future tasks of our customers,” commented Karl Schudt, CEO of Sky Power GmbH.

“The system carrier is fixed to the engine with screws. If faults occur, this can be completely dismantled together with the injection system. To do this, the screws and all plug connections are detached. A new system carrier with all modules and data cables can then be mounted and screwed together. As a result the engine is operational again after just a few minutes, since the ignition system is passive and is controlled by the ECU,” explained Schudt. Plug connectors from racing were chosen for the data cables. Plug connectors according to MIL specifications are also possible. “At the request of the customer, the system carrier can also be left out. In that case, all systems are positioned in the UAS body, whereby longer cables are required and the integration of the engine is more complex”, stated Schudt.

Engine, system carrier and all electronic modules form a compact unit that can be installed in the UAS, thereby saving space. In addition, the engine performances and the smooth running were further optimized. The latter is important, especially for land survey or reconnaissance flights. The improved engine performances are dependent on the muffler and propellers and were determined on a dynamometer test rig. Particular attention was given to reduced fuel consumption, in order to make the operation of the UAS even more efficient. Due to the newly developed ECU030 and the new HKZ215 ignition, the development team already knew in advance that fuel savings of 20% and greater are possible.

“This trend proved to be true. We were able to save a further 5%, dependent on the speed, as the dynamometer tests verified. Consequently, we will meet the current and future requirements of our customers, who are looking for efficient and fuel-saving drive solutions, in order to increase their range, the flying time or the payload,” added Schudt.

The SP-110 FI TS is currently available as a petrol engine. A Heavy Fuel (HF) variant will follow. “We are working on a new, lighter HF system, that besides the reduction in weight, also has reduced fuel consumption as an objective,” declared Schudt.