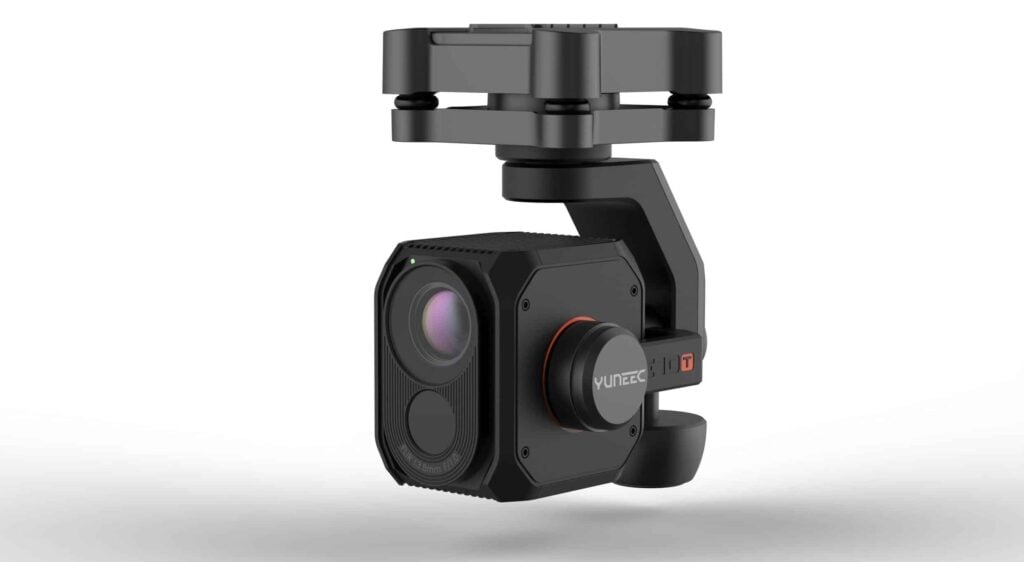 Yuneec International has expanded its commercial UAV payload offering, announcing details of the E10T advanced thermal camera for commercial applications. The E10T is an all-in-one three-axis gimbal, dual thermal imaging and low light camera available in two versions: 320 by 256-pixel or 640 by 512-pixel thermal resolution, each with different lens options. The E10T will be sold separately and available later this year starting at $4,999.

The E10T builds off the original Yuneec CGO-ET dual thermal RGB camera, the industry’s first thermal and residual light combination camera that was announced with the H520 at InterDrone 2017. The E10T camera takes high-quality pictures and detects more detail in dark scenes than the naked eye with the help of its large RGB sensor. Thanks to its dual video stream, users can transmit their thermal and video image simultaneously to the ground station and then view the image as an overlay or picture-in-picture.

Find suppliers of Cameras for UAVs >

“The E10T is the next evolution of the industry’s first thermal and low light RGB combination and will provide commercial users confidence in an array of situations,” said Michael Jiang, CEO, Yuneec International. “With its dual video stream on the 7-inch ST16s ground station coupled with the industry’s only user-variable speed control, pilots can confidently approach critical structures without concern of impact.”

The H520 was specially developed for inspection, safety and search & rescue applications. With its multi-sensor compatibility, the H520 hexacopter offers emergency services, firefighters, police and inspectors reliable and efficient air support in combination with the E10T thermal imaging and video camera. When searching for people, the H520-E10T system enables users to search for people quickly from the air, and in the case of fire, hot spots can be immediately detected, allowing fast and efficient counter measure to help save lives. Moreover, all required object inspection details can be detected while mitigating risk of potential prop strikes. The H520’s live image can be transferred to a monitor during the flight, allowing team members to take part in the inspection and make critical assessments during flight.