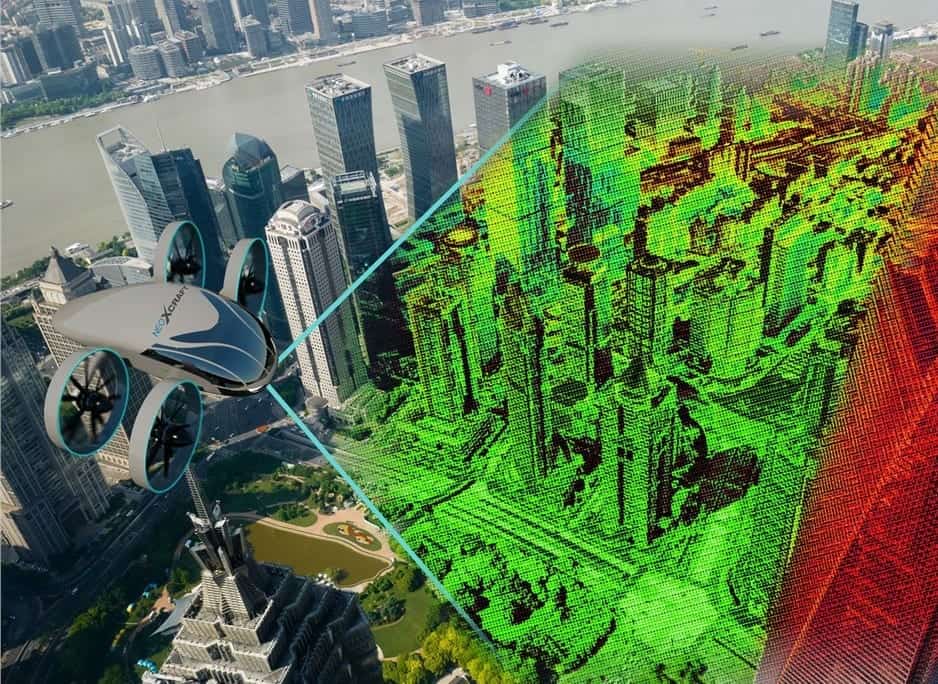 The NeoXcraft XP2, which VRCO and the University of Derby unveiled in late 2017 and intend to launch in 2020, is a two-passenger e-VTOL high-speed land, air, and water capable craft. The craft can scan and memorize take-off locations and store the data for use on the next approach to the same location. Quanergy’s S3 solid state LiDAR sensor will be used for downward and forward scanning to enhance the craft’s safety, providing the NeoXcraft with the ability to detect, sense, and avoid objects upon takeoff, approach and landing.

“VRCO is pleased with the support from Quanergy, and the use of the S3 LiDAR sensor provides a new level of enhanced safety for the NeoXcraft,” said Michael Smith, chairman of VRCO. “Moving forward, all NeoXcraft will feature the S3 sensors as standard.”

Quanergy’s S3 is a compact automotive-grade solid state LiDAR sensor with a high level of performance and reliability. Unlike its mechanical counterparts, the S3 uses optical phased array technology. This technology enables electronic laser beam steering for real-time scanning and situational analysis without any moving parts. The use of this specialized technology will further enhance the safety of the NeoXcraft during take-off and particularly upon landing when high precision is required, as is the case when landing on a superyacht.

“As the autonomous vehicle industry continues to evolve, it is imperative that all types of vehicles be equipped with technology that will give them the necessary level of awareness to keep passengers safe whether they are on the road or in the air,” said Dr. Louay Eldada, CEO and co-founder of Quanergy. “Our S3 solid state LiDAR sensor will give the NeoXcraft the ability to accurately sense and perceive its surroundings while seamlessly integrating into the design of the craft.”

In addition to its technical achievements, the compact design of the S3 enables the sensor to be concealed in the body of the NeoXcraft. This allows for real-time 3D mapping and object detection, tracking and classification, without compromising the aesthetics or aerodynamics of the craft.