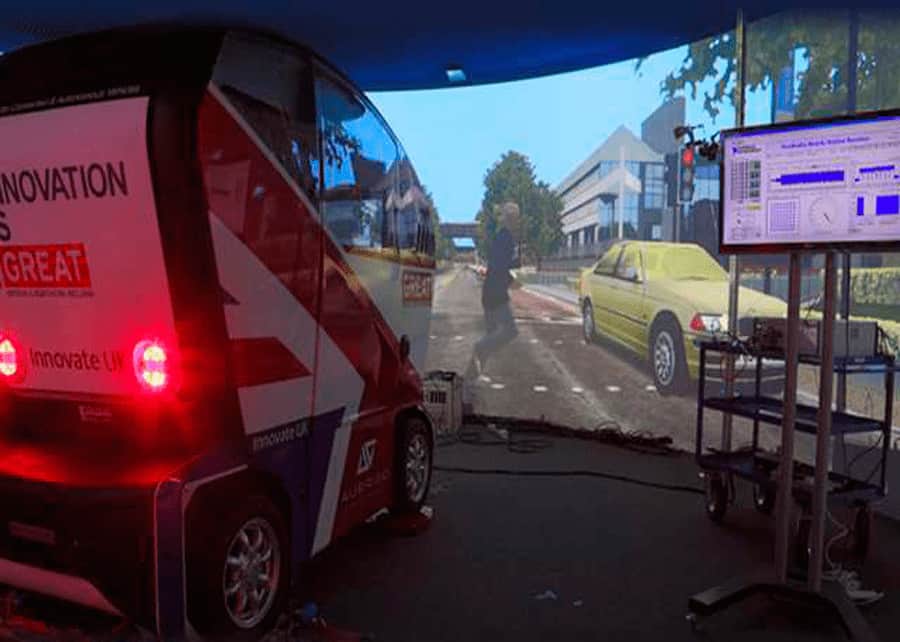 Researchers at the University of Warwick’s WMG (Warwick Manufacturing Group) have announced that they have set a new 5G communications speed record with a “Level 4” low speed autonomous vehicle in the pioneer 28 GHz millimetre wave band. They hit 2.867 gigabits per second in over-the-air transmissions, which is nearly 40 times faster than current fixed line broadband speeds. It is equivalent to sending a detailed satellite navigation map of the United Kingdom within a single second, or the full contents of a high definition blockbuster film in less than 10 seconds.

This crucial wireless communications technology will allow autonomous vehicles to rapidly share large quantities of data with each other and with traffic management systems. This will include precise 3D road maps created by LiDAR, high definition video images of the vehicles surroundings, and traffic information.

WMG’s Dr Matthew Higgins said: “These controlled trials are critical to better understand the capabilities of 5G in millimetre wave bands, and how infrastructure providers and vehicle manufacturers must carefully plan and deploy their 5G service and application rollout over the next few years. This project, which includes real-world 5G mmWave trials on the University of Warwick’s campus, will also attempt to examine how the dynamics of both the vehicle and the environment affect performance between infrastructure and connected and autonomous vehicles.”

Bob Slorach, CTO of UK based Wireless Infrastructure Group, which provides support to the project, added: “This is an exciting step towards to the realisation and deployment of future 5G applications, like connected and autonomous vehicles, which will be enabled by fibre connected wireless infrastructure that supports high data rates and ultra-low latency mobile broadband.“