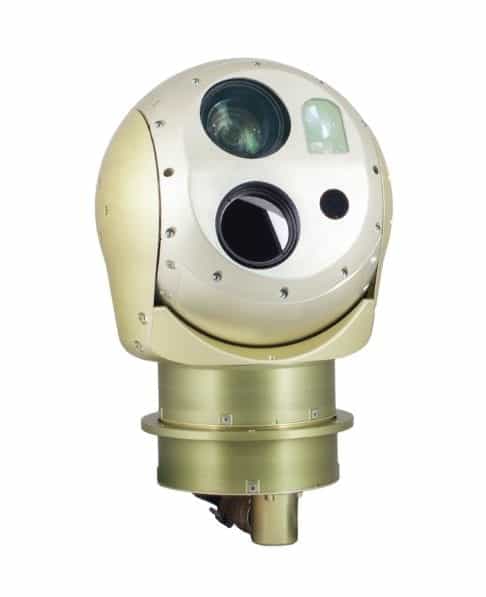 UAVOS has announced the development of a new gyro-stabilized two-axis gimbal for unmanned aerial vehicles (UAVs) with integrated 30x Optical Zoom Full HD (1080/ 60p) Block Camera, Thermal LWIR 1024×768 cameras, 2500m laser rangefinder and GPU (graphics processing unit). The optoelectronic onboard unit is designed to perform complex missions and is ideally suited for a wide range of UAV applications, including prospecting, surveillance, and mapping. The weight of the gyrostabilized suspension is 7.7lbs (3.5kg).

Find suppliers of Gimbals for UAVs >

The gimbal’s built-in GPU simultaneously processes two direct (uncompressed) video data streams from the thermal and daytime cameras, and performs algorithms for object recognition and tracking. The processor conducts all video processing onboard, compressing large amounts of information and transmitting a compressed stream via the Ethernet 100 Base-tx channel to the outside on-board modem.

This configuration can operate even when transmitting video data with a long delay, for example when using satellite data channels. Image processing on board the UAV can reduce the load on the data transmission channel, and also allows operation of two cameras simultaneously. Algorithms for automatic recognition, target acquisition and guidance functions can be utilised, including using a ballistic calculator synchronized with the on-board navigation system data of the UAV.

Vadim Tarasov, UAVOS investor and board member, commented: “The architecture of the optoelectronic onboard unit makes it possible to carry out a mission to detect objects in a mountainous terrain where a data stream can’t be received due to the lack of direct radio visibility, and elevation changes don’t allow descending closer to an object at an acceptable distance, for example, to read the car number, or to have a closer look. In this case, the video is recorded on the built-in memory, after that the UAV goes to direct visibility and transmits the recorded information.”