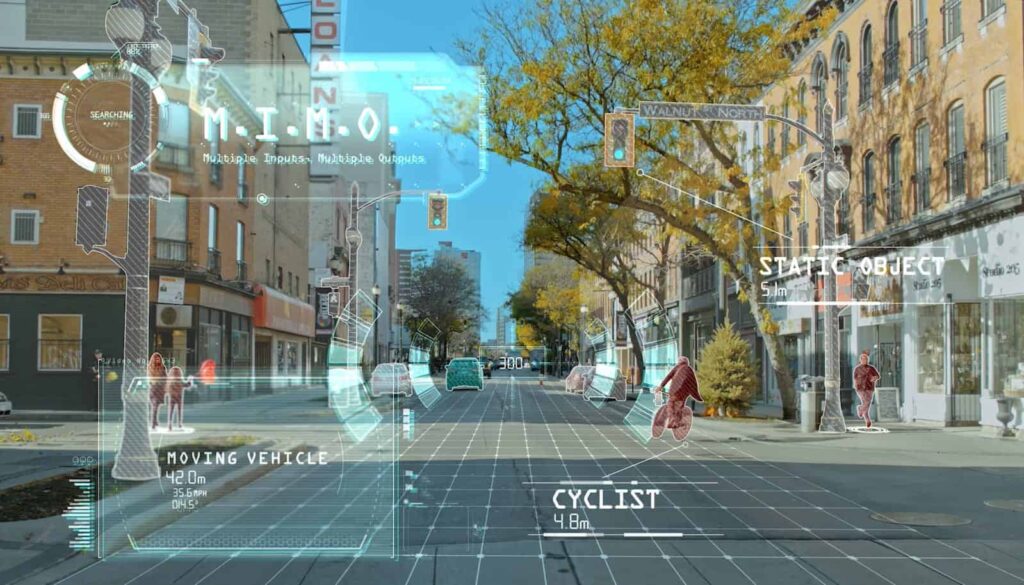 Magna has announced that it has unveiled its ICON RADAR, which incorporates advanced technology used by the U.S. military to provide precise detection, extensive range and high resiliency. Magna has been collaborating with Uhnder, a technology start-up, to help bring this technology to market. ICON RADAR helps close the gap between level 3 and level 5 to reach full reliable autonomous driving.

With a range of more than 300 meters, Magna’s ICON RADAR continuously scans the environment in four dimensions (distance, height, depth and speed). The advanced radar technology can detect and track almost 100 times more objects than competitive systems and individually classifies them. It is able to detect and communicate to the vehicle a rich topography of static objects such as guard rails, road debris and speed bumps, as well as a large number of tracked moving objects such as vehicles, bicyclists, pedestrians and pets.

Having the ability to distinguish smaller “objects” such as children and bicyclists in close proximity to larger, more easily detectable things such as parked cars and moving trucks is critical to the enhancement of safety ADAS features such as Automatic Emergency Braking and to further the progress toward full autonomous driving. It is this critical data and capability that keeps the software systems with information to continually improve vehicle intelligence and safety systems.

“Magna has identified some of the world’s most advanced technologies and ‘auto-qualified’ them for use in the auto industry,” said Swamy Kotagiri, Magna Chief Technology Officer. “Our ICON RADAR takes the best of military technology and improves on it for automotive use – taking a significant step forward toward full autonomy.”

Magna’s ICON RADAR continuously scans its full environment 50 times faster than the time it takes a human to blink an eye, which helps a vehicle make instantaneous decisions in response to complex surroundings. It can detect vehicles at distances that well exceed any current requirements. Its state-of-the art imaging capability pulls from 192 virtual receivers incorporated into a single compact system. These virtual receivers are applied to deliver both horizontal and vertical resolution, achieving new benchmark levels for each. In addition, the technology is naturally immune to interference, which will become critical as the number of radar-enhanced vehicles on the road increases.

With its compact size, ICON RADAR also allows greater flexibility in exterior design and can be easily integrated into an automaker’s autonomous system or as part of Magna’s MAX4 autonomous vehicle platform.