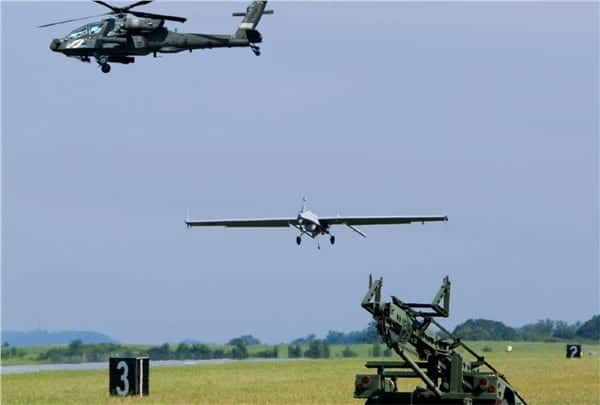 Textron Systems Unmanned Systems, a developer of unmanned vehicles, has announced its participation in the Center for Unmanned Aircraft Systems (C-UAS). Founded in 2012, the C-UAS is part of the National Science Foundation’s (NSF) Industry/University Cooperative Research Center program. The center, which is the only National Science Foundation funded unmanned aircraft systems (UAS) research organization, is designed to link the research and development needs of industry with university research capabilities.

“We are excited to have Textron Systems join C-UAS,” says Center Director Tim McLain. “We will benefit greatly from their perspectives and experience as we define and work on research problems of critical importance to the UAS industry.”

Textron Systems brings its vast experience as a designer, manufacturer, operator, maintainer and trainer for UAS technologies to C-UAS. Textron Systems’ unmanned aircraft systems include the expeditionary Aerosonde Small Unmanned Aircraft System, as well as the Shadow® Tactical Unmanned Aircraft System (TUAS), which alone has amassed nearly one million flight hours. The company currently uses these UAS platforms for military, civil and commercial applications around the world. Textron Systems also is a developer within the unmanned command and control domain with products such as the Universal Ground Control Station (UGCS), which is being fielded by the U.S. Army as the common control station for Textron Systems’ Shadow TUAS, as well as other non-Textron UAS.

“With more than one million UAS flight hours across our platforms, and more than 30 years of experience as a UAS manufacturer, operator and maintainer, Textron Systems is excited to share this unique perspective with the membership of the C-UAS,” says Textron Systems Unmanned Systems Senior Vice President and General Manager Bill Irby. “Textron Systems is committed to advancing research within the UAS industry, and we are proud to use our experience to make significant thought leadership contributions to the organization’s efforts.”