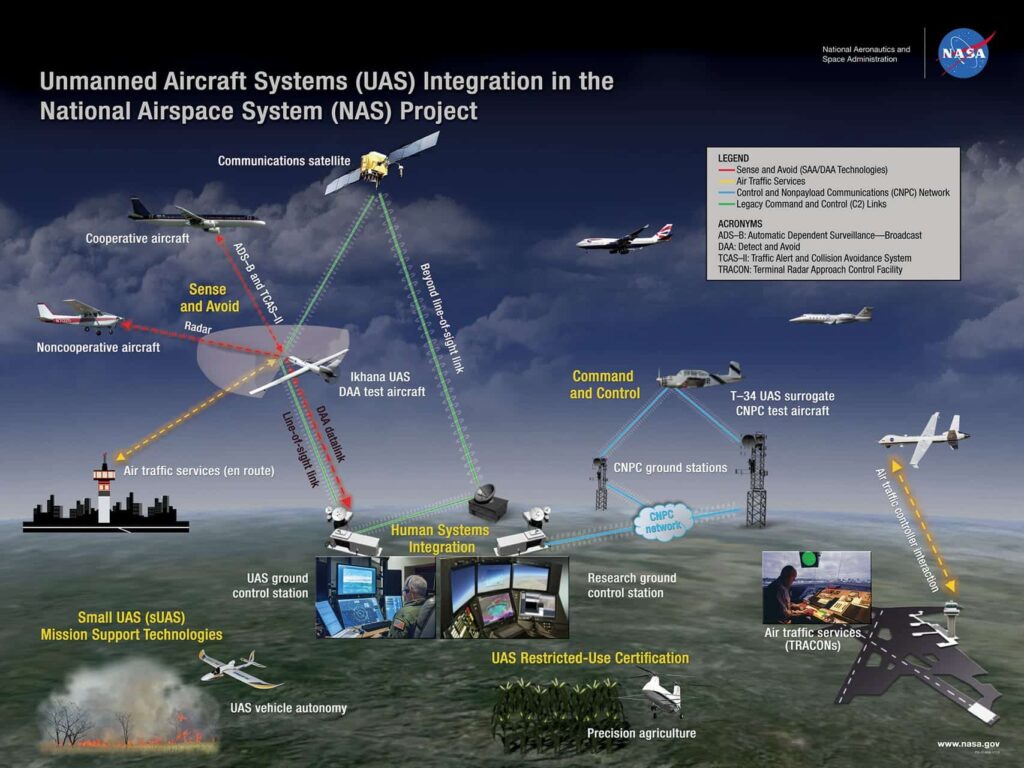 NASA and its partners are validating and advancing technologies that will assist the Federal Aviation Administration as they develop regulations to integrate Unmanned Aircraft Systems into the National Airspace System.
Credits: NASA Illustration

NASA and its partners, General Atomics Aeronautical Systems, Inc., Honeywell International and the RTCA Special Committee (SC)-228, are validating and advancing technologies that will assist the Federal Aviation Administration as they develop the regulations to allow integration of Unmanned Aircraft Systems (UAS) into the National Airspace System (NAS).

The upcoming flight test series will be the fourth for the project, also known as Flight Test Series 4, FT4, and will be based out of NASA’s Armstrong Flight Research Center in California. Flights will begin toward the end of April and continue through June.

Test objectives will require 15 flights and more than 270 encounters. These encounters will consist of flying several piloted aircraft, referred to as intruders, into different positions near or around NASA Armstrong’s Predator B remotely piloted aircraft, Ikhana.

Intruder aircraft will include NASA’s B200 King Air, T-34C, GIII, TG-14, Honeywell’s C-90 King Air and the U. S. Air Force’s C-12 King Air. These intruders will function as high speed and low speed aircraft to verify and validate the requirements of the minimal operational performance standards for UAS.

FT4 will leverage lessons learned and risk reduction from FT3, which took place last summer, while continuing to introduce new capabilities and technology refinements in support of validating the Detect and Avoid (DAA) systems. These systems will allow Ikhana to detect intruders and either alert its pilot on the ground or fly a programmed maneuver to avoid collision.

Each of the intruders will be equipped with different systems for operations in the NAS. They will represent aircraft equipped with cooperative systems, such as a transponder, as well as non-cooperative aircraft which have no equipment and will require an air-to-air radar to detect and track. 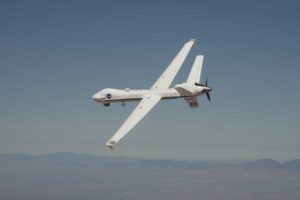 “Our engineers have generated a very detailed and complex flight test plan that integrates all of the variables needed to execute this flight test,” said Heather Maliska, UAS-NAS Deputy Project Manager at Armstrong. “This flight test plan coordinates the DAA systems, intruder aircraft equipment and speeds, design of encounter geometries, and the number of intruder aircraft needed to conduct the encounter in order to meet NASA’s and the community’s requirements.”

In preparation for the flight tests, engineers are completing ground testing and validating software before the flights begin. Following ground testing, crews will conduct check out flights to ensure the systems work in flight and that researchers get the data they need.