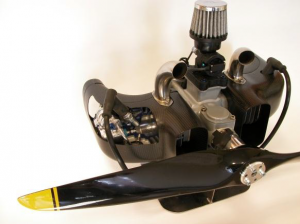 The new contract will see Orbital take its patented FlexDITM fuel injection, plus over 30 years of engine design experience, and apply them to a clean-sheet engine design specifically to meet the new SUAS customer’s requirements. Details of the contract are confidential but Orbital says the new customer is one of the largest in the booming UAS industry, and provides land and maritime intelligence, surveillance and reconnaissance capabilities worldwide.

The $4.5 million development order follows the completion in 2012/13 of two contracts – worth over $10 million – to supply HFE engines and spare parts to Textron System’s AAI Corporation in the United States for use in a SUAS developed with AAI’s Australian division, Aerosonde.

Orbital CEO Terry Stinson said landing a second customer in the SUAS space is an important development for the company. “This is another step on the road to reinventing Orbital into a company that manufactures high value systems and secures recurring revenue from the application of intellectual property and know-how developed since the early days of Orbital,” said Mr Stinson. “We were already one of the world leaders in two-stroke engine design and we are now developing expertise in the design of high-durability, lightweight engines.”

The key to Orbital’s SUAS success has been its ability to better resolve the challenge of spark-igniting heavy fuels such as kerosene. Originally developed for the automotive industry, Orbital’s FlexDITM technology provides superior fuel preparation with very small fuel droplet size to enable spark-ignition engines to run on kerosene-based fuels such as JP5 or JP8. The technology works across a wide range of ambient conditions and meets key stringent cold starting and cold operation criteria. The application of FlexDITM also satisfies the US military’s “One-Fuel” policy, to be implemented across all engines for logistical and safety purposes. With the Orbital two-stroke engine designs, Flex DITM also provides exceptional fuel economy compared with the standard engine, offering increased range and/or heavier payloads.

“We have the technical solution of choice to run heavy fuel in UAS applications where efficiency, reliability and durability are the priorities,” said Mr Stinson. “Unmanned aerial vehicles can be applied to a growing variety of uses such as border patrol, maritime rescue and pipeline leak detection, and with the confirmation of a third contract, specialised and customer-specific UAS engines could become our biggest source of business.”

The new SUAS engine will expand the “Redback” engine series – the nickname Orbital’s staff have given to their UAS engines portfolio. Design, development and validation of the new engine will be undertaken at Orbital’s laboratories in Balcatta, Perth, through this year and 2014. The first engines will be produced at Orbital’s Balcatta facility, however, to support the anticipated growth in engine production, the company plans to develop engine assembly, testing and technical support facilities in the US. This expansion is targeted for 2014-15 and will be based on market demand.

“We will keep our research and development in Perth, along with low-volume production, to capitalise on the investments made to date in Australia,” said Mr Stinson. “Our strategy is to leverage the brains trust and creativity we have at Balcatta as we expand the company globally.”

Orbital’s growth plans are being assisted by a government grant from the Automotive New Markets Program – which provides financial assistance to automotive supply chain companies to diversify their customer base and/or product. The grant will assist the development of a new flexible Engine Management System and associated Fuel System that can be used for a wide range of SUAS engines globally.

Orbital’s FlexDITM technology was first commercialised in 1996 and is now used in over 700,000 engines worldwide, including those for the marine market, motorcycles, ATVs and auto rickshaws.