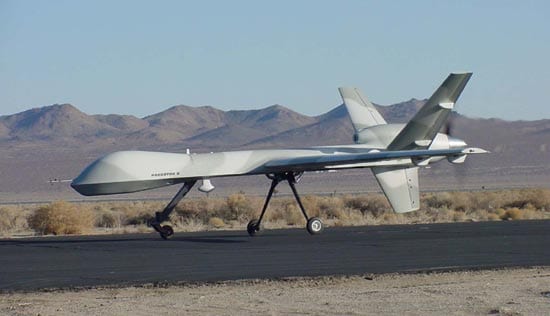 Testing was conducted in May by the U.S. Department of Homeland Security (DHS)/Customs and Border Protection (CBP) out of its National Air Security Operations Center in Grand Forks, N.D. CBP continues to utilize an earlier Lynx variant in day-to-day border search operations aboard its Predator® B RPA, also manufactured by GA-ASI.

The Lynx Multi-mode Radar expands agent situational awareness significantly, enabling them to detect, locate, and improve high geo-location accuracy of a much wider range of moving targets. It also enhances the system’s ability to cross-cue Predator B’s other onboard sensors to pursue high-value targets and allows for improved target tracking.

Integrated into CBP’s Predator B, Lynx Multi-mode demonstrated several significant performance achievements during the test, meeting all of CBP’s required specifications for the radar. The DMTI mode allowed agents to detect both very slow-moving vehicles and personnel moving (dismounts). In addition, the ability to select a GMTI/DMTI target and cross-cue the target to Predator B’s Electro-Optical/Infrared (EO/IR) sensor Field-of-View (FOV) was demonstrated.

The new Lynx Multi-mode Radar is a two-channel variant of the existing single-channel Lynx Block 20 Radar. It utilizes enhanced radar techniques and a Space Time Adaptive Processor (STAP) that permits a target to be imaged using a matrix rather than a linear array. This is a significant technical enhancement that improves the radar’s MTI capabilities, enabling the detection of people.