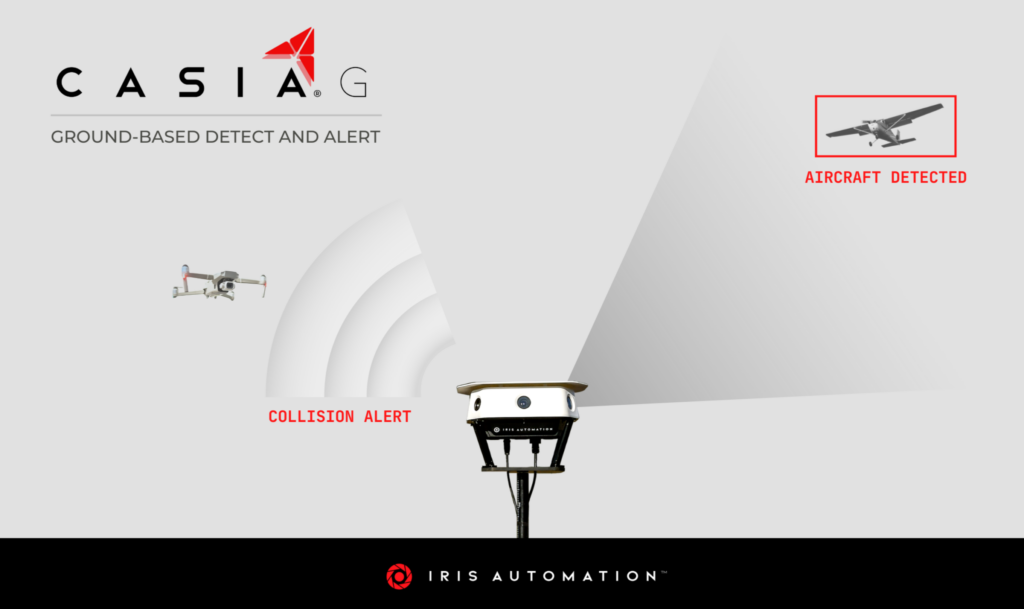 The City of Reno is one step closer to utilizing drones during critical river rescue operations after Iris Automation received its third waiver for Beyond Visual Line of Sight (BVLOS) autonomous operations on behalf of the City of Reno Fire Department, a participant in the FAA’s BEYOND program.

In conjunction with previous waivers issued to Iris Automation, this offers a wider range of options for future UAS river rescue missions with both onboard and ground-based DAA solutions. Iris Automation is using the concept on behalf of the City of Reno’s Fire Department for search and rescue operations in the test environment near the Carson River area.

Casia G uses Iris Automation’s patented detect and alert technology to create a stationary perimeter of sanitized, monitored airspace, enabling Uncrewed Aerial Vehicles (UAVs) to perform work safely. It provides situational awareness of piloted aircraft to the Remote Pilot in Command (RPIC) to enable maneuvering of UAVs to safe zones. This allows the operator to fly greater distances without the need for visual observers or the RPIC to maintain visual contact with the drone.

This third BVLOS waiver approves operations without visual observers over a limited operational area based on a ‘network’ of two separate Casia G nodes. Each additional node can be used to cover more area for UAS operations. Ultimately, this could potentially enable a ‘grid’ of Casia G systems to provide airspace awareness of non-cooperative aircraft (aircraft which are not broadcasting ADSB-Out messages) over very large areas. This awareness gives UAS pilots more time to assess other aircraft flight trajectories and execute minimally disruptive avoidance maneuvers.

Casia G does not require installation onto the aircraft, preserving payload for sensors or packages and a greater choice of aircraft. Its ground-based placement will give organizations greater flexibility to establish permanent, sanitized air space or to change locations quickly by simply relocating Casia G nodes. By providing a sanitized ‘bubble’ of airspace, this deployment pattern may allow an operator to fly multiple drones or multiple operators to use the same infrastructure to gain airspace awareness.

CEO at Iris Automation, Jon Damush commented, “Collaborating with the City of Reno and the FAA under the BEYOND program is key to advancing the integration of UAS into the National Airspace safely. This latest waiver is another step toward maintaining safety while enabling economical access to airspace with minimal technical integration required. An advantage of the Casia G approach is that as the network of ground units expands, additional users can benefit from the deployed systems simply by subscribing to the data stream produced. This has the potential to enable law enforcement, EMS, and industry to expand drone use for public benefit and infrastructure inspections.”

Reno is a participant in the FAA BEYOND program, designed to assist industry and the FAA in establishing safety and performance standards for BVLOS operations by working with a diverse array of industry and public stakeholders. It provides extensive real-world, operational learning in the field to help inform regulatory recommendations. The City of Reno and Iris Automation have collaborated since 2019, first in the FAA’s Integration Pilot Program (IPP) and now in the BEYOND program, to test the use of autonomous drones during river rescue missions.