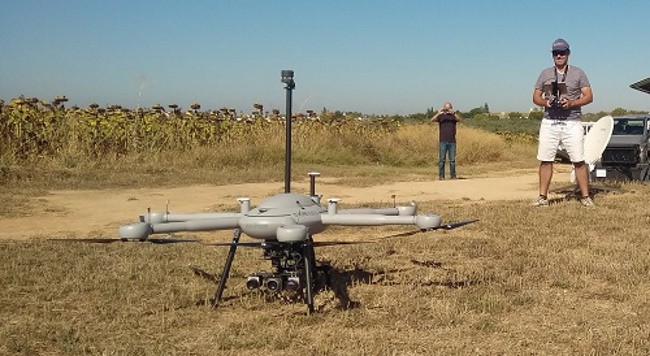 FT Technologies’ FT205 wind sensor has been used in conjunction with an unmanned aerial vehicle (UAV) to predict the progress of forest fires in Andalusia, Spain, where such fires are a regular occurrence during the summer months. Wind direction and intensity are essential pieces of information in the successful monitoring of forest fires, and help facilitate pre-emptive actions such as controlled burning in specific areas to prevent the fire from advancing.

Until recently, the only way to predict the wind was by gathering data from low-altitude weather stations. Although the data is reasonably accurate, the stations are often located several kilometres from the fire front, usually within the same incident command centres that control the emergency services. Manned aircraft are able to fly above fires and provide status reports, but must cease operations during the night for safety reasons, and the lack of data during night-time hours can have disastrous consequences.

To solve this problem, environmental agency AMAYA and INFOCA (the authority dedicated to the prevention and extinction of forest fires in Andalusia) jointly funded a project to test a new drone specifically designed to fly at night in order to monitor wind speed and direction directly at the fire front. Developed by Dronetools SL, the drone was equipped with FT Technologies’ FT205 wind sensor.

The FT205 is a compact low-power wind sensor that weighs just 100 grams and has been specifically designed for use on UAVs and other SWaP (size, weight and power)-limited platforms. It features an integrated electronic compass and can measure wind speeds of up to 75 m/s. Before operating the sensor in real forest fires, field tests were carried out while flying 15 metres above the ground, in order to compare the results with a weather station and confirm that the sensor’s data was correct.

The drone equipped with the FT205 wind sensor was tested in four real forest fire situations. The data produced from the sensor proved critically important to the emergency services as they were able to monitor the spread of the blaze during the night. Measurements were taken at different altitudes to confirm the wind direction. The data collected was used to complement the existing system of ground weather stations used by the emergency services.

Javier Prada Delgado, Integration Engineer at Dronetools SL, commented: “In the final analysis, the sensor worked accurately in real fire situations. The drone, equipped with the FT205 sensor, was an indispensable tool for predicting the advance of the fire at night.”