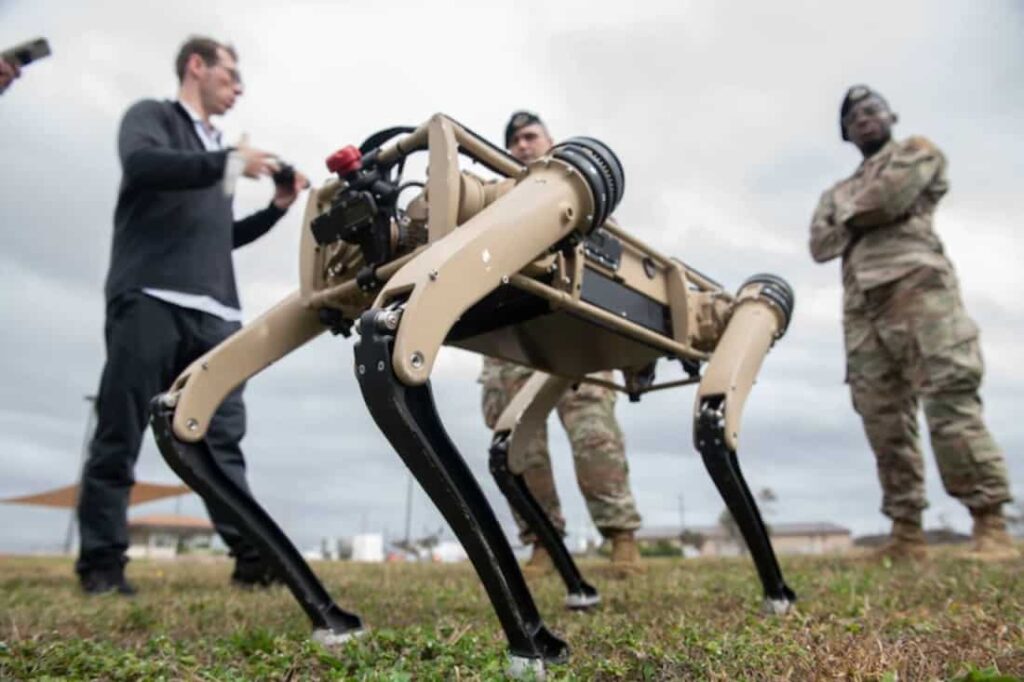 The robot dogs will be controlled through tablets, desktop computers or virtual reality. Tyndall Air Force Base in Florida will be one of the first bases to implement the new integrated technology, which has previously been demonstrated at an event attended by Maj. Gen. Tom Wilcox, Air Force Installation and Mission Support Center commander, as well as key leadership figures from the 325th Fighter Wing and the Tyndall Program Management Office. The first outings for this combination of virtual command and control and robotics technology occured at the Air Force’s Advanced Battle Management System (ABMS) OnRamps #1 and #2 experiments.

Maj. Jordan Criss, 325th Security Forces Squadron commander, commented: “We are the first unit within the Department of Defense to use this technology for enhanced security patrolling operations. We will be able to drive them via (Immersive Wisdom in) a virtual reality headset within our Base Defense Operations Center,” said Criss. “We will be able to see exactly what the robot dog is detecting through its mobile camera and sensor platform if desired, we will also be able to issue verbal commands to a person or people through a radio attached to the dogs.”

Brian Behling, Vice President of Government at Immersive Wisdom, said: “Immersive Wisdom is proud to deliver this enhanced security capability to the 325th Fighter Wing and all the men and women who live and work on Tyndall Air Force Base. This combination of technologies – Immersive Wisdom’s virtual C2 shepherding Ghost Robotics’ semi-autonomous canine units – will revolutionize base defense as we know it.”