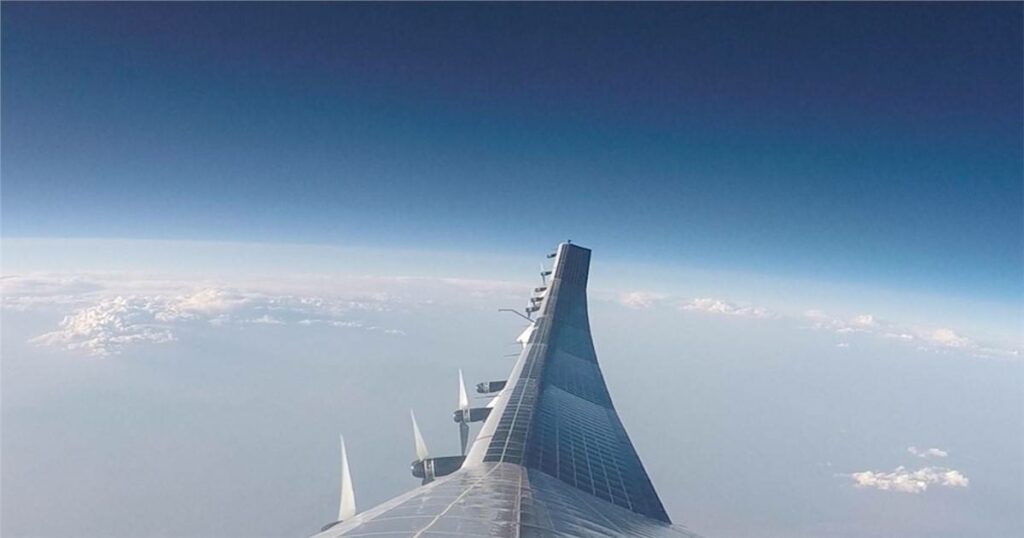 AeroVironment has announced that, in conjunction with HAPSMobile, it has successfully completed a test flight with the Sunglider solar-powered high-altitude pseudo-satellite (HAPS) unmanned aerial vehicle (UAV) that reached an altitude of more than 60,000 feet above sea level and demonstrated mobile broadband communication.

AeroVironment’s team piloted Sunglider to a stratospheric altitude of 62,500 feet above Spaceport America in New Mexico, while achieving major test objectives relating to propulsion, power systems, flight control, navigation and datalink integrity, as well as structural performance during the most turbulent phases of the flight as it entered and exited the jet stream. The aircraft’s broadband communication system linked teams in Tokyo, Spaceport America and Silicon Valley using an LTE payload jointly developed by Alphabet’s Loon LLC and HAPSMobile. Employing standard LTE smartphones, a team at Spaceport America conducted multiple video calls via the payload while the aircraft remained for more than five hours in the stratosphere.

The Sunglider has a wingspan of 262 feet and is propelled by 10 electric motors powered by solar panels that cover the surface of the wing, as well as rechargeable battery packs, resulting in zero emissions. Flying at an altitude of approximately 65,000 feet above sea level and above the clouds, the Sunglider can carry payloads of up to 150 pounds and is designed for continuous operations that can last for months without needing to land.