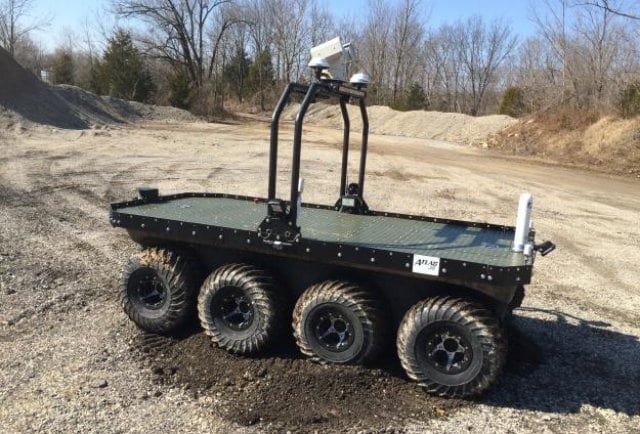 Featuring a customizable platform that can be adaptable to any mission-specific payload device or system, the ARGO J8 Atlas XTR can be used to navigate and monitor unsafe area without risking soldiers’ safety and has been trialled by both the Canadian and U.S. Armed Forces.

ARGO has previously received a $1 million contract for three ARGO Atlas J8 XTR which are currently being tested by Defence Research and Development Canada, an agency of National Defence, at the Suffield Research in Alberta. The U.S. Army’s Rapid Equipping Force (REF) has also purchased several vehicles in recent months, testing them at the Muscatatuck Urban Training Center (MUTC) in Butlerville, Indiana with a view to ultimately deploying the robot in defense operations.

Jason Scheib, ARGO Robotics & Defense Sales Manager commented: “With the ARGO Atlas J8 XTR, militaries and defense contractors have a mission ready, cost-effective solution that can reduce exposure to threats for troops and minimize the manpower required for disaster response and rescue operations. UGVs such as the Atlas J8 have a huge potential within the next generation of defense operations and we look forward to working with customers to develop and deploy solutions that meet their needs.”

The new ARGO Atlas J8 XTR can traverse difficult terrain in extreme weather conditions with payloads of up to 600 kg (1,320 lbs.) on land and 300 kg (660 lbs.) on water. Capable of operating in temperatures from -20C to +40C and featuring a near silent noise signature thanks to its fully electric drive system, the ARGO Atlas J8 XTR has a built in two speed transmission that results in a top speed in excess of 30km/h and a typical working speed of 0 – 10 km/h.

The J8 also features intuitive controls allowing operators to maneuver it via remote teleoperation or line-of-sight radio frequency (RF) with a rugged hand held controller. Fully autonomous, the J8 is capable of self-navigating pre-defined missions in both GPS enabled and GPS denied environments with obstacle detection and avoidance. The vehicle’s ‘Follow Me’ mode allows it to be wirelessly tethered to a leader and respond to their movements and direction with the mission route saved for autonomous execution.